Now retired, the 85-year-old Chinese underground Catholic bishop has endured years of harassment at the hands of the Communist Party. 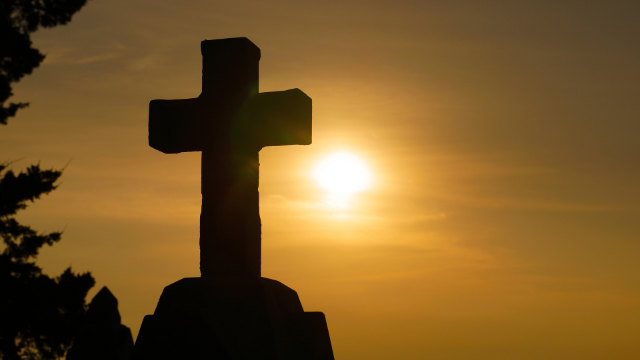 If anyone knows firsthand what it’s like to be persecuted by the Chinese Communist Party, or CCP, it’s 85-year-old Bishop Pei Ronggui, who, in 1989, spent four years in a labor camp after the army raided his underground church. He has been hounded, before that arrest, and ever since.

“In China, believing in God, following the right path and standing firmly with pure religious beliefs means that you are doomed to be persecuted,” said Bishop Pei Ronggui, who lives in Youtong village in China’s northeastern Hebei Province. “We go through hardships to testify to God – all of these are the blessings of God.”

In 1950, Pei Ronggui was appointed the director of the Legion of Mary – an international Roman Catholic group that serves on a volunteer basis. In that role, he devoted himself to preaching and spreading the gospel in the Tianjin region of northeast China. But in December of that year, he was arrested by the Tianjin City Public Security Bureau and sentenced to a limited prison sentence of 15 years under the charge of being a “counter-revolutionary” and sent to Shijiazhuang First Prison in Hebei Province to serve his time. While in prison, he was frequently forced to study Party ideology.

In 1980, Pei was consecrated as a priest and recognized by the Vatican. While he held masses at a church in Youtong, the police were seemingly always on his tail, forcing him to hold underground masses at 2 a.m. to evade the government’s watchful eye. If that weren’t enough surveillance, every so often, police would detain Pei Ronggui and take him to a hotel where they would force him to undergo intensive Party indoctrination. This would sometimes last for a week; sometimes it would last for a month. They also tried to force him into signing an agreement to join the Chinese Patriotic Catholic Association, a government-controlled church, which he resolutely refused to do.

As Bishop Pei told Reuters in an interview in December 2016: “There’s no way there can be an independent [Catholic] Church [in China] because that is the opposite of the principles of the Catholic Church.”

On April 18, 1989, after Pei took the position of a priest at the Youtong Catholic Church, roughly 5,000 police officers entered the village to destroy the temporary tent his church had erected to celebrate Easter; two people reportedly died, over 300 people were injured, and 32 were arrested. Pei, at the time, however, wasn’t one of the arrested: With the protection of other members, he was able to escape. He managed to hide out for four months, all the while holding mass and preaching before he was arrested on September 3, 1989, and charged with “disrupting social order.” He was held in Shijiazhuang Forth Prison until March 1993.

In April of 2003, Pei Ronggui was consecrated as the bishop of the Luoyang diocese in Central China’s Henan Province. Shortly after his consecration, he was seized by Luancheng Public Security Bureau and escorted back to Hebei Province, unable to serve at the Luoyang diocese; both times he tried thereafter to get to Luoyang, he was blocked by the police.

After that, Luancheng Bureau of Religious Affairs employees and police officers regularly visit his home for ideological education and try to get him to join the Chinese Patriotic Catholic Association.

Bishop Pei Ronggui has suffered constant harassment and persecution at the hands of authorities. Now that he is elderly and in poor health, the Bureau of Religious Affairs has finally let up on visiting his home, but the government still has employed two individuals from the village where Bishop Pei is living to monitor him.