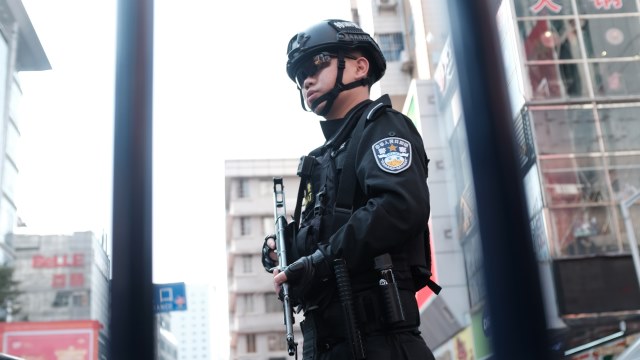 Thirty officers burst into a house church and arrested 29 believers, later detaining some of them for up to ten days.

At about 8 p.m. on March 30, 2018, nearly 30 heavily armed officers from the Pizhou Public Security Bureau in Jiangsu Province and a local police station burst into the meeting place of a local house church, arresting 29 believers.

A witness revealed that the officers charged into the gathering place and ordered everyone to stay put. They then closed the door and without showing any documentation, searched the location as well as all individuals who were present there, taking their photos in the process. They later took 29 believers and the religious literature they had found to the local police station.

At the station, the police repeatedly questioned each believer on their family situation, how long they had believed in God, and who their leader was.

After 5 p.m. the following day, the police took 18 of the believers to the Pizhou Detention Center for the crime of “believing in a xie jiao (heterodox) organization and disrupting social order.” Seventeen were released after five days, but one preacher was detained for ten days.

During their detention, the police repeatedly warned them, “You can’t believe in God after this. The next time we arrest you it won’t be for five or ten days, it will be ten months!”