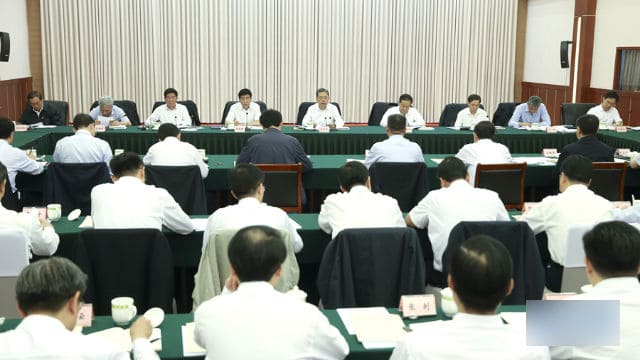 Since the launch of a nation-wide supervision program to inspect the implementation of Xi Jinping’s policies on religion in China’s provinces and municipalities, believers across the country are facing even more intense crackdown on their religious liberties.

As reported by Bitter Winter, the United Front Work Department (UFWD) launched in September a nation-wide supervision program to check on the implementation of central government’s policies on religion in provinces and municipalities across China. Since the end of October, special teams are being sent out to various localities in the country to conduct inspections.

Believers from various provinces report that, because of these visits, the persecution of churches and people of faith has intensified.

For example, two crosses were removed from a Three-Self church in Chizhou city of the eastern province of Anhui. Local government officials informed the church that, on October 25, a team of inspectors from Beijing would be coming to the area of Mount Jiuhua where the church is located, and that the crosses were too conspicuous and needed to be removed.

In November, on the eve of the visit by an inspection team, UFWD officials from Shuangyashan city in Heilongjiang, China’s northernmost province, demanded that a government-approved Three-Self church displayed outside its entrance a five-meter-long banner with a speech of Xi Jinping.

The officials also ordered the local village secretary to visit the church every day to make sure that the order had been implemented. He was also demanded to photograph members of the congregation and the displayed banner and send the photos to his superiors.

The person in charge of the church told the congregants about the anticipated inspection, and that central government officials could show up at the church unexpectedly. He, therefore, advised the believers to hide any religious books published by unofficial publishers or they could be punished.

On October 26, the leader of a Buddhist temple under reconstruction in Jinzhou city in the northeastern province of Liaoning received a phone call from a local official who stated that a “secret visit group” composed of 37 central government personnel was coming to the city to conduct inspections. The official ordered the leader of the temple to demolish it within one day. If not – the authorities will destroy the temple themselves, threatened the official. The temple’s leader was forced to obey the order.

The Tongguan county government in Weinan city of Shaanxi Province in China’s northwest issued a notice ordering party cadres in every village to demolish all the temples under their jurisdiction. Those who refused to comply were told to submit their resignation letters.