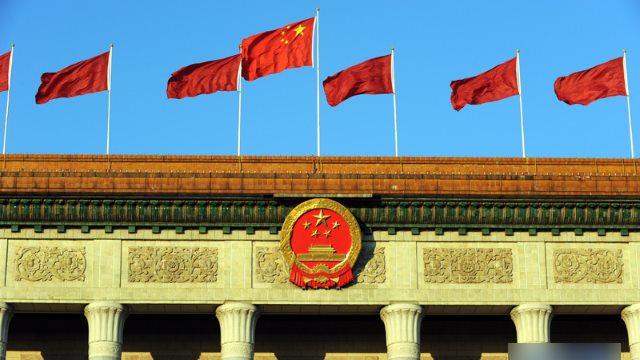 Believers working for the state lost their jobs, homes, and privileges after their faith had been exposed.

Since the new Regulation on Religious Affairs came into force in February 2018, China’s government employees, teachers, healthcare workers, and Communist Party members have been forced to give up their faith, employers threatening to terminate their contracts. Bitter Winter has received accounts of such stories.

Ke Qin (pseudonym), a 68-year-old retired but still working teacher from Luoyang city, Henan Province, followed his wife and joined a local Christian church. Since their home was too far from the church, making it difficult to attend gatherings, the couple moved into the church, where they regularly helped out with chores. By 2018, Ke and his wife had lived at the church for six years.

In February 2018, at a meeting of senior Party cadres in the Ke Qin’s school, the person in charge criticized him, “Now is the time when China is opposing religions, yet you still believe in Jesus? If you don’t renounce your faith, we will revoke your teacher qualifications, expel you from the Party, and subject you to disciplinary action.”

A few days later, Ke Qin’s superiors forced him to write a text of self-criticism and demanded him to sign a declaration renouncing his faith. On February 12, with the Chinese New Year approaching, the superior called Ke Qin again and ordered him to relocate the church, or else he would be expelled from the Party and stripped of his salary. On February 24, the couple moved out of the church, leaving them with no place to live.

Huang Rui was a bookkeeper at a government-controlled Protestant Three-Self church in Xiangcheng city, Henan Province, and also served as a subdistrict director. At a work meeting on March 2, the Party secretary warned Huang Rui that if she adhered to her belief in God, she could no longer serve in public office. Pressured by the superiors, Huang Rui reluctantly resigned from her position.

In the morning of February 22, a village in Luoyang city, Henan Province held a meeting for Party members, during which a village committee member openly criticized a member of a Three-Self Church, Li Qingyun, “You’re a Party member, and you can’t go to church, because the Communist Party is atheist. Party members aren’t allowed to believe in God.”

Later, Li Qingyun heard that village cadres had informed the town government about her religious affiliations, and she was prohibited from participating in elections for the position of director at the Women’s Federation. Despite facing threats, Li Qingyun remained steadfast in her faith, for which the town government later expelled her from the Party, and she lost the right to vote.

In late 2017, Yang Hui (pseudonym), a music teacher at a primary school in a town in Xinmi city, Henan Province, was reported on for believing in God. The Education Bureau said that teachers should not have religious beliefs and that religious worshipers are subject to immediate dismissal. After holding a meeting, the school decided to expel Yang Hui, and on February 5, 2018, Yang Hui was forced to leave the school.