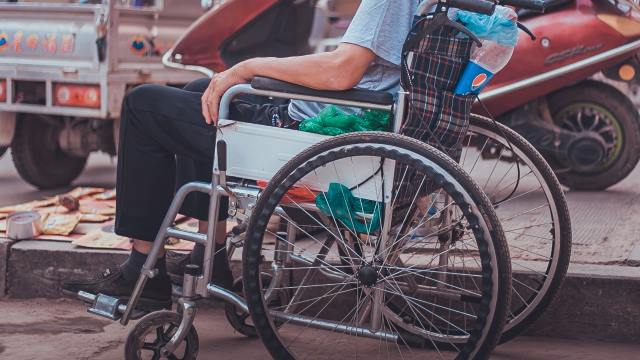 A member of The Church of Almighty God was tortured by the police, and now he is unable to take care of himself.

On August 1, 2018, two police officers from Putian city, Fujian Province went to the home of Dong Zhongxin (pseudonym) and questioned him about his belief in Almighty God as well as forced him to renounce his religion.

In 2010, Dong Zhongxin was reported while attending a congregation and was seized by the police. As he was being interrogated, officers tortured the 63-year-old man by violently kicking his lower legs, repeatedly punching him in the chest and abdomen and whipping his knees and ankles with a belt.

As a result of the beatings, some of Dong Zhongxin’s abdominal blood vessels ruptured and bled, his left cornea became inflamed and swollen. Even after spending over 500,000 RMB on medical bills, he still hadn’t completely recovered. In the end, his left eyeball had to be excised, leaving him with a lifelong disability.

Even after this torture, the police didn’t stop their surveillance and harassment of Dong Zhongxin, and they still frequently visit his home to question and interrogate him about whether or not he still believes in Almighty God. Seeking to force Dong Zhongxin to renounce his religion, the police have also been pressuring and harassing his family members.