Provincial governments intensify the “united front work” to track down and use overseas Chinese for expanding the regime’s influence abroad and suppressing dissent.

Bitter Winter has obtained internal documents, issued by the governments in the provinces of Anhui, Henan, and Liaoning, confirming that the CCP investigates and collects information on overseas Chinese and their dependents in China to manipulate them into “working” for the state. Even those who return to their homeland after living abroad are scrutinized. 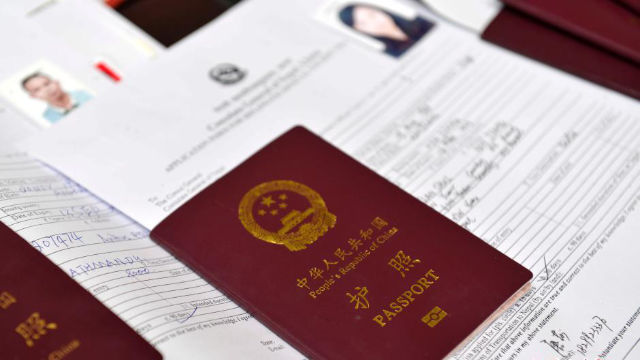 The investigation is targeting primarily five groups. Out of the whole community of overseas Chinese who reside outside mainland China, Hong Kong, Macau, and Taiwan, referred to as huaqiao in the documents, the investigation is concentrated on those who have obtained resident status in foreign countries in the past five years.

The guiqiao or returned overseas Chinese is the second group of interest under the current investigation drive. It includes those who have given up their resident status in a foreign country, as well as foreign nationals of Chinese origin who have obtained Chinese citizenship or had it restored and returned to China to settle down.

The qiaojuan – family dependents of the huaqiao and guiqiao living in China – are given particular attention. First, detailed information should be collected on the qiaojuan, including spouses, parents, children and their spouses, siblings, grandparents, grandchildren, and other close relations of overseas Chinese. Besides, the qiaojuan are required to disclose to the authorities detailed personal information of their relatives living abroad.

Chinese students studying abroad and residents of Taiwan, as well as special administrative regions of Hong Kong and Macao, are also under the radar of the current investigations.

According to reports published on the official websites of some local governments, the information collected during these investigations will be used to establish a database of persons with ties to overseas Chinese for “dynamic management with timely updates.” It is larger in scale, and more thorough, than previous local-level investigations into information about overseas Chinese.

What does “dynamic management” really mean?

The documents don’t provide any clear explanation as to why such in-depth investigations are needed. Some official reports vaguely mention that it is done to “increase patriotic enthusiasm of Chinese expatriates and promote economic development.”

In reality, though, the rhetoric and methods indicated in the documents seem to be closely related to the so-called “United Front work” – the third “magic weapon” of the CCP, alongside party building and armed struggle, that unites individuals and organizations to support the Chinese Communist Party and its objectives.

The United Front Work Department (UFWD) underwent extensive organizational reform in March 2018, under the personal supervision of President Xi Jinping, after which, policy and work on religious groups, ethnic minorities, and the Chinese diaspora was placed under its control.

Since the reform, United Front-related organizations started playing an increasingly influential part in China’s broader foreign policy by implementing activities in many different ways. Some of these activities, however, “sometimes cross the line into criminal actions,” claims “China Overseas United Front Work: Background and Implications for the United States,” a report by the Congress-mandated U.S.-China Economic and Security Review Commission, issued on August 24, 2018.

According to the report, following the directive to “stifle criticism of the CCP, spread positive views of China, and incentivize voters in foreign democracies to influence their domestic policies in ways favorable to China,” the UFWD recruits members of the Chinese diaspora to act as propaganda agents and spies in the countries they live in. Through them, the regime harasses human rights defenders, religious refugees, and other critics of China’s policies who were forced to leave China to avoid persecution.

“The goal of ‘overseas Chinese work’ is to use ethnic, cultural, economic, or political ties to mobilize sympathetic overseas Chinese communities – ideally of their own accord – to advocate for the interests of the CCP and marginalize its opponents,” the report states. “The UFWD teaching manual directs operatives to win overseas Chinese over to the CCP’s side by emphasizing ‘flesh and blood’ ties to China with the goal of securing political, moral, and financial support for the CCP.”

“Winning overseas Chinese over” sometimes involves bullying and intimidations, often pressuring them to spy for China by threatening to repress their relatives living in China – the qiaojuan.

The forms, issued as addendums to the documents acquired by Bitter Winter, demonstrate how multifaceted the current investigation into overseas Chinese is. The required information, which the qiaojuan have to fill out, includes their workplace, job title, educational background, and contact information (telephone number and email address), as well as the date that they left China. The persons who are required to fill out these forms are warned that the items being investigated are strictly confidential and leaking them is prohibited.

Chinese students abroad have always been a primary target of the “united front work.” The document entitled Main Points for United Front Work in 2019, issued by a locality in the southeastern province of Jiangxi, urges to “explore new ideas for united front work on persons studying abroad” and strengthen their “ideological and political guidance.” The scope of the current investigation includes all students, regardless of whether they have returned to China or remain abroad.

Some students studying overseas told Bitter Winter that they had learned from their relatives and friends that the government is collecting information about them. These students fear that by using their loved ones in China, the state will coerce them to spy or do other “work” for the government.

The document also calls for “focusing on developing and strengthening patriotic forces, promptly ascertaining information about overseas Chinese, establishing and improving a database for Hong Kong, Macao, and Taiwan.”

The “homeland affairs census” for the Hong Kong and Macau regions and the status of Chinese citizens in Taiwan are also among the items covered by the investigation. Its scope includes those who have settled in Hong Kong, Macao, and Taiwan with household registration in the mainland, or who have long lived in mainland China and hold residential ID cards of Hong Kong, Macao, and Taiwan. Groups and organizations formed by these people, both in the mainland and the three territories, as well as their families living in the mainland, including parents, spouses, children, and siblings, are also investigated.

Similar means have been exploited to crack down on religious groups abroad. Bitter Winter has previously reported that the CCP had long started collecting comprehensive information on the members of Falun Gong, The Church of Almighty God (CAG), and some other religious groups abroad to establish a complete “database of overseas xie jiao members.” The government exploits and manipulates family ties to make CAG members, who managed to escape persecutions in China and settle elsewhere, return home. We have reported extensively about the CCP-organized “family search parties” to South Korea and false demonstrations there to harass CAG refugees.

And the scope of the investigation into overseas Chinese seems to be expanding even more. A 40-year-old woman from southern China related to Bitter Winter about the unexpected and unpleasant encounter with law enforcement authorities after her recent trip to the United States to visit friends and relatives. On the same day the woman returned home, she was summoned to the Ministry of State Security for questioning. What shocked her the most was precise details officials included in the questions she was asked about the people she had met in the US, making her feel very anxious. The woman understood that she was followed and surveilled throughout her entire trip.

An ethnic Hui who works abroad disclosed to Bitter Winter that government officials had approached him and offered financial rewards to work for the state. Every time he returned to China to visit relatives, he was called to the local National Security Bureau and asked to provide information on the Chinese he is in contact with abroad. The officials promised to reward him with 10,000 RMB (about $ 1.400). One of the man’s friends, who studies abroad, was also accosted by the authorities who asked him to provide the phone numbers of Chinese students he studies with.