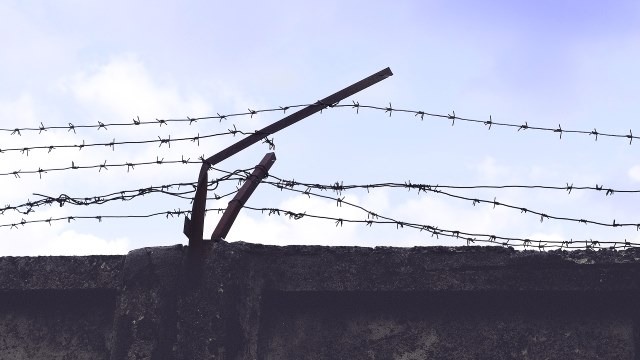 Two sisters who were co-workers in a house church in Liaocheng city, Shandong, faced cruel persecution by the Chinese Communist authorities since 2008.

Dong Lingyun and her younger sister Dong Lingxia (pseudonyms) have been arrested and imprisoned multiple time for preaching the gospel. In the past ten years, Dong Lingyun was arrested and cruelly tortured multiple times; even today, she is still strictly watched and constrained by the police. Dong Lingxia was sentenced twice, and she passed away at the age of 45, six months after she was released from prison because of her declining health.

In June 2008, during the crackdown on religions prior to the Olympic Games in Beijing, the police climbed over the wall and broke into Dong Lingyun’s room in the middle of the night and arrested her, taking her and her husband, Zhou, for interrogation in the Pingyuan County Public Security Bureau in the city of Dezhou. During Dong’s confinement, her family did everything they could to secure her release, and, finally, having paid a fine of 7,000 RMB, she was released after three months.

She was later arrested for spreading the gospel twice, in 2010 and 2013, and released after some time in detention.

On February 13, 2015, Dong Lingyun and her husband were in a meeting with a few other believers when the Chinese Communist Party police broke in, arrested them, and later detained them in Pingyuan County. Due to his illness, Dong’s husband was released half a month later after paying a fine of 5,000 RMB. After six months of confinement, Dong Lingyun was sentenced to three years of imprisonment and was then transferred to Jinan First Women’s Prison. An insider has revealed that Dong Lingyun suffered greatly in prison: when somebody asks her about this experience, she starts sobbing and refuses to speak about it.

In February 2018, Dong Lingyun was allowed to continue serving her sentence outside of prison because of her illness, but the police continued to monitor her closely. In May, the police summoned Dong Lingyun’s husband, forced him to quit his job, and made him keep watch over his wife 24 hours a day and not permitting her to believe in God or spread the gospel.

In June 2008, Dong Lingxia was arrested and tortured for the first time. In early June 2015, a village Party branch secretary from Pingyuan County, Dezhou, led three police officers to break into Dong Lingxia’s home and forcefully arrested her, taking her to a police station in Pingyuan County. Later, Dong was sentenced to 3 years of imprisonment.

A small tumor had appeared on Dong’s neck one month before her arrest, but doctors decided that it did not require treatment. Six months into her sentence, the intense physical labor and poor living conditions sharply aggravated Dong’s health, and the small tumor developed into lymphoma. The late-stage lymphoma later spread to her lungs because she did not receive treatment in time.

Dong Lingxia’s family members took her to a hospital for treatment and spent 10,000 RMB in bribes to reduce Dong’s sentence, but without success. After Dong spent over a month in the hospital with no improvement, the authorities, fearing they might be held responsible for Dong’s condition, finally notified the family that they had formally released her from prison. Dong Lingxia passed away on July 4, 2016, six months after her release, at the age of 45. Her sister Dong Lingyun was in prison at the time, unable to see her sister for the last time.