The Chinese authorities are prohibiting religious ceremonies during funerals and weddings, denying churchgoers any faith-related rituals and traditions. 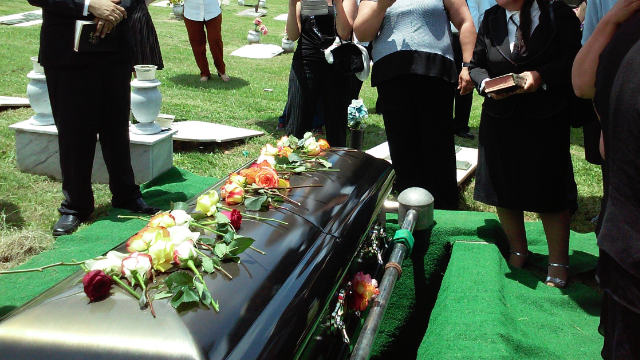 The CCP is taking actions against the religious who hold activities with any faith-related overtones outside places of worship. It also prohibits visiting groups, choirs, orchestras, and other fellowships from privately conducting religious activities without reporting them beforehand to the religious authorities. To enforce this policy, even believers’ funerals and weddings are now stripped of any spiritual rituals and traditions.

No religious rituals for the dead

On April 12, the director of a Three-Self church in Xinyang city in the central province of Henan was leading the funeral for a deceased octogenarian congregation member, attended by 11 people, when local government officials and police officers interrupted the proceedings.

“You have a lot of nerve to hide in the countryside for a religious funeral. If such a ceremony were held elsewhere, you would be fined and arrested. You’re going against the government by doing this,” officials scolded the church’s director. They also threatened to send him “to drink porridge” — a Chinese slang expression, referring to spending time in jail.

The police registered ID cards and phone numbers of the attending believers, demanding them to cooperate and be ready to be questioned and investigated at any time.

In February, another funeral of an elderly Christian was harassed. This time, in Pingdeng township of Yichuan county, under the jurisdiction of Luoyang city. Local officials claimed that according to state policies, people are prohibited from conducting Christian rituals during funerals or singing Christian songs outside churches. Members of the church choir were threatened with arrest if they continued singing. Under pressure and intimidation by the authorities, the funeral was dispersed.

The ban against religious funerals seems to be going back a few years. In November 2017, more than 20 Christians in a village under the jurisdiction of Nanyang city were holding a pre-burial prayer ceremony for a deceased believer. After a tip-off, local police officers came to the home of the deceased and reprimanded the Christians for holding an “illegal gathering” who replied that praying for the dead does not constitute illegal activity. They were arrested, regardless, and were taken to the county’s Public Security Bureau. Six funeral participants were released because of their old age or health-related problems; the remaining were detained for terms ranging from 10 to 15 days.

In mid-April, more than 100 Taoist believers in Tonghua county, under the jurisdiction of Tonghua city in the northeastern province of Jilin, performed a traditional ceremony for martyrs at Hailong Temple in Dachuan township. A video of the service was posted online, attracting the police’s attention.

On April 17, more than 60 personnel from six departments in Tonghua county (including the county government, the Religious Affairs Bureau, and the National Security Brigade) arrived at the temple to investigate the matter. The temple’s director said that he had a certificate issued by the China Taoist Association as a Standing Committee member, and explained to the officials that performing a traditional ceremony for the deceased is not illegal.

One of the government officials said, “Even if you have a certificate, it’s still unacceptable. You’re deceiving the common people, and this is illegal.” Subsequently, the police arrested the temple’s director for “illegally engaging in superstitious activities” and detained him for 15 days. The person who posted the video of the ceremony was also arrested and held in captivity for the same amount of days for “picking quarrels, provoking trouble, and spreading rumors.”

The wedding was allowed, but children under 18 were prohibited from entering the church. Also, on the day of the wedding, each person entering the church was required to sign their name on a register. “You aren’t allowed to hold any activities outside the church,” the director was warned, the officials promising to inspect the wedding.”

The church director thinks that the real reason for imposing so many hurdles was to prohibit any weddings at the church. Understanding that a wedding with so many prohibitions will not be as festive, he abandoned the plan to hold the wedding at the church.

On May 1, a Christian couple from Linfen city in the northern province of Shanxi invited the church band to sing hymns praising the Lord at their son’s wedding. The happy parents were shocked when they were summoned by the police who told them that the government doesn’t allow the singing of religious songs, like praising heaven. Village officials came forward to plead on the couple’s behalf, and only then were they released.