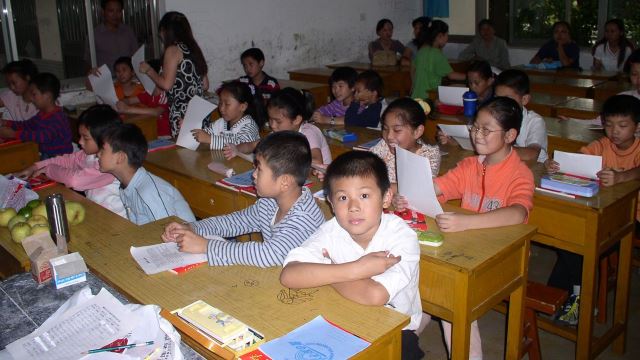 Since the United Front Work Department, the Ministry of Public Security, and the National Bureau of Religious Affairs adopted the “Plan for the Special Campaign on Legal Investigation and Prosecution of South Korean Christian Infiltrations” in the beginning of 2018, numerous South Korean churches in China have been closed down and missionaries forced to leave the country.

At the end of March of 2018, a university instructor in Liaoning Province instructed students to fill out a questionnaire about their personal religious beliefs, afterward inviting them into his office for conversations about religious beliefs. He also asked questions about South Korean Christianity. When one of the students said that people in China allowed having religious beliefs, the teacher scolded, “The fact that you say this proves that there’s a problem with the way you think; if I find out any of you are taking part in religious gatherings, you’ll be expelled. Here (at the school) there is no religious freedom!”

On the afternoon of April 21, 2018, an elementary school in Diaobingshan city of Liaoning Province put up a rainbow arch with words “Combat Korean Christianity” in large, eye-catching letters. Then, all of the teachers and students in the school were called to convene at the playground to listen to an individual named Li from the city’s public security bureau slander the Korean Christianity. “If you believe in Korean Christianity, you are breaking the law, and will be punished,” said Mr. Li. After the meeting, a class teacher told the students, “When you grow up, you must take down Korean Christianity.”

At 9 a.m. on January 18, 2018, the deputy Party secretary of a subdistrict office in Jilin city of Jilin Province had a meeting with the heads of subordinate communities. “The central authorities have passed down documents stating we must pay close attention to Koreans who come to Jilin for missionary work,” he said. “We must regularly visit community residences to investigate and pay especially close attention to people moving in and out the neighborhoods. We must conduct strict surveillance of rental households, and especially Hui, Manchu, and Korean ethnic minorities. We must also audit Korean minorities who have relatives working in South Korea or have religious beliefs. This work has to be kept secret, and we will use family planning inspections as an excuse for entering the households.”

On March 8, the head of the administrative region’s office held a meeting to discuss the auditing of religious activity sites run by Koreans and Korean religious publications within the area. They have also requested that residents who are Korean nationals, Korean Christians, and priests spreading the gospel be investigated and that officials be sent to grand churches to investigate and report their findings secretly. One community worker requested the attendees to “report anyone speaking Korean, and use multiple methods of auditing.”

An internal source revealed that the CCP’s special operations to attack Korean Christianity in China are targeted at the main Korean Christian evangelizing groups and individuals in China, as well as religious publications, which Bitter Winter has reported on in multiple articles in the past.