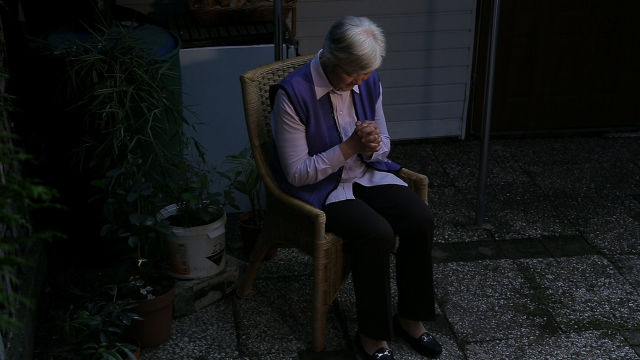 In China, it costs you to believe in God. Literally.

The Chinese government’s latest threat is to take away the welfare benefits of those who profess a belief in God. The basic line of argument from the Chinese Communist Party, or CCP, is this: It’s the state that fills your pocket, not God, so the praise and worship belongs to the Party and its leaders.

And so, they’re giving believers a choice: Keep your livelihood or keep your faith. This, despite Article 25 of the Universal Declaration of Human Rights, which states that “everyone has the right to a standard of living adequate for the health and well-being of himself and his family, including food, clothing, housing and medical care, and necessary social services.”

Not so in China anymore.

Song Lanying, who is in her 60s, and her husband are Christians from Weihui city, in China’s central province of Henan. Both are in poor health, their daughter suffers from depression, and the family relies on the minimum living subsidy it gets from the state to support themselves.

But on December 10, 2018, the deputy town mayor, village party secretary and other officials arrived at Song Lanying’s home and demanded that she tear up a religious couplet, wall calendar, and cross mural, but she refused, incurring the wrath of the government officials.

“You don’t believe in Xi Jinping, yet you believe in God,” the deputy mayor berated her. “Your minimum living subsidy is given by the state, so you must believe in the state and hang up portraits of Mao Zedong and Xi Jinping.”

And then the deputy mayor and the other officials took it upon themselves to destroy all of the Christian symbols in Song Lanying’s home, including a work of calligraphy with the words “God loves the world” and “Immanuel” written on it.

Song Lanying was, to say the least, not happy, saying that the hanging up of Mao Zedong and Xi Jinping’s portraits is tantamount to idolatry and betrayal of her faith, and she adamantly refused to hang them up. Government personnel continue to come to her home to intimidate and question her.

Wu Fengying, who lives in Henan’s Yanjin county, is also a Christian who relies on a minimum living subsidy to survive due to a congenital heart disease that leaves her unable to perform physical work. One day in August, the director of the village women’s association informed Wu Fengying that government personnel discovered and photographed Wu attending church gatherings, and warned her not to believe in God or else have her minimum living subsidy revoked.

“This is a directive from the town. The state is going after religious belief very strictly now,” the director told her.

Unlike, Song, however, after being repeatedly threatened by the local government, Wu Fengying stopped attending church gatherings and secretly reads the Bible and continues to worship at home.

Bitter Winter has repeatedly reported on how the authorities have adopted various kinds of measures to force elderly Christians to renounce their faith. For believers, it’s a choice between survival and faith.

Over in Yanjin county, Zhao Shun, a nearly 60-year-old Christian living with his 90-something mother, said the village party secretary waited until he wasn’t at home on December 12 to come to his house and rip a religious couplet off the door. A week later, the village party secretary threatened him saying that if any religious symbols remained at his home, his minimum living subsidy would be canceled.

When Zhao said that the national constitution provides for freedom of belief, the village party secretary replied that only fools believe in this provision.