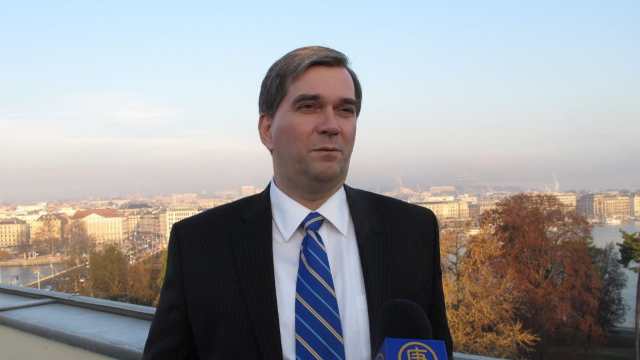 China announced that in 2015 that would end its decades-long policy of harvesting organs from executed prisoners for its booming transplant industry. Figures, however, indicate that prisoners of conscience are still victims of this barbarous practice.

For China, transplant medicine is a double-sided sword. While it is eager to exert leadership in the field, it cannot do so without drawing scrutiny to what lies behind its organ transplant miracle. Beginning in 1999, transplant medicine in China experienced an explosive growth. This unnatural development did not raise suspicion until allegations of forced organ harvesting, first made in 2006, drew international attention and scrutiny to the country. In the ensuing decades, organ transplantation in China has become a massive industry, producing well-matched organs from healthy, young donors on demand. The industry yields an organ supply of such abundance that not only Chinese patients are receiving organs, but tens of thousands of organ tourists from across the world have travelled to China for transplants.

In early 2015, China announced reforms and claimed that it would end the decades-long practice of harvesting organs from executed prisoners. However, China made no mention of ending forced organ harvesting from prisoners of conscience. Instead, China claimed to be relying solely on organs sourced from a recently established public organ donation program. Notwithstanding the lack of transparency and the absence of external verification of such reforms, the reforms have gained acceptance and recognition by some international transplant organizations.

There are further credibility issues with this organ donation program. The alleged voluntary organ donation program began nationwide only in August 2013. Doctors Against Forced Organ Harvesting (DAFOH) monitored the organ donation registry in China for 18 months from 2014-2016. DAFOH observed an input of exactly 25,000 registered organ donors inserted into the registry within a single day between December 30 and December 31, 2015. Another input of over 88,300 organ donors were registered in a single week in December 2016. These two instances of abrupt increase in donor registration in a country traditionally reluctant to donate organs raise serious concerns that the number increase and the timing of this input at year’s end suggest data manipulation. The chart below demonstrates the anomalous history of records on the organ donation registry. The lack of integrity in the data is apparent.

Nine months later, in November 2017, a film team from the Korean TV Chosun visited China for an on-site investigation of transplant tourism under the pretext of seeking kidney transplants for relatives. The team filmed their visit to the Oriental Organ Transplant Center in Tianjin with a hidden camera. The directory at the hospital lists three international wards dedicated for transplant tourists. In fact, the hospital has exhausted its own capacity and has to rent out a floor in a nearby hotel to house Korean patients. A staff nurse at the hospital revealed that there had been even more organ recipients from the Middle East than from South Korea. When questioned whether the government prohibits organ tourism, the nurse answered that the Chinese government pretends to not know about it.

Ultimately, it must be recognized that the success of any organ donation system, no matter how sophisticated or well designed, must begin with elements external to the system itself. A successful organ donation program requires a society whose members are willing to donate organs. A society will only be willing to donate organs if they are confident that their health, wellbeing, and dignity as organ donors will not be abused. There is no cause for such confidence in the context of the Chinese society, one that is characterized by an absence of the rule of law.

In January 2017 the Financial Times cited the President of China’s Supreme Court declaring that the Communist Party is “above the Chinese constitution”. In the Chinese health system where hospitals are made to be self-sufficient and healthcare privatized, the incentive and corresponding fear for profit mongering and abuse of the organ donation process is especially acute. This is all the more so in the context of the organ transplant industry in China, one that has been deeply commercialized in the past two decades.

Until these systemic impediments to organ donations are addressed, any voluntary organ donation program in China is poised to fail.

The voluntary organ donation program in China may flounder, but the organ transplant activities have continued unabated since year 2000. As we previously noted in our academic article “The Cold Genocide of Falun Gong”, the development of China’s organ transplant industry locks step with the Chinese communist regime’s policy of genocide against Falun Gong. Under this campaign, massive numbers of Falun Gong practitioners are put to secret, indefinite and arbitrary detention and are systematically subject to blood tests and health examinations. On account of their numbers and vulnerability, they are uniquely capable of explaining the vast quantities of live organs supplying the organ transplant industry in China. This explanation is supported by significant numbers of witness testimonies and recorded admissions from Chinese hospitals and CCP officials.

In the aforementioned 2017 South Korean documentary by TV Chosun, the journalists were assured by the staff nurse, in less than 30 minutes, that their relative could receive a kidney within one or two weeks. They were informed that the wait-time can be reduced to as soon as two days if they make an extra “donation” to the hospital. The same nurse also assured that the organs belonged to young and healthy donors. The journalists filmed the hospital at night, and observed that its operating room was in operation 24 hours a day.

The lack of transparency and accountability in China’s transplant industry, the Chinese ambition to lead the world in organ transplantation, the absence of rule of law in China, and the uncritical acceptance of the Chinese narrative by some spheres within the international community, have created an environment of impunity where crimes against humanity such as the state-driven cold Genocide against Falun Gong was able to build. The circumstances that led to the slow-moving Genocide in China are now being discussed in academic circles. It is time for the international community to look past the deceptive veil of the so-called “health reform” in China, confront the evidence and available data, and bring light to China’s practice of forced organ harvesting, which is not just an unethical act, but used as a profitable tool in a cold Genocide.