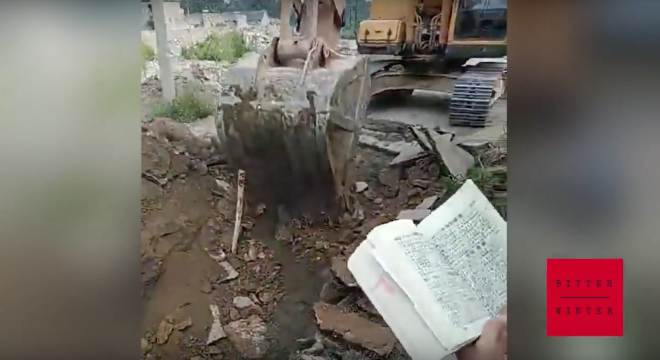 In Shandong, authorities tried to stop believers from protesting a demolition by digging a ditch in front of the church.

When the village Party secretary made the announcement, the believers felt helpless and began praying out in front and singing hymns together. (video 1)

The next day, the secretary brought in an excavator and ordered to tear down the courtyard wall of the church premises. He also requested to dig out a two-meter deep ditch to prevent people from entering the church and congregating.

Protesting this, some Christians lined up against the courtyard wall and sought to protect the church with their bodies. Elderly Christians sat on both sides of the main gate to preserve the cross. When some took out their phones to film the scene, the Party secretary threatened them against it, but they defied him nevertheless. (video 2)

Video 1: Excavator digging a deep ditch in front of the church to prevent Christians from congregating

Video 2: Christians standing against the courtyard wall trying to prevent its forced demolition