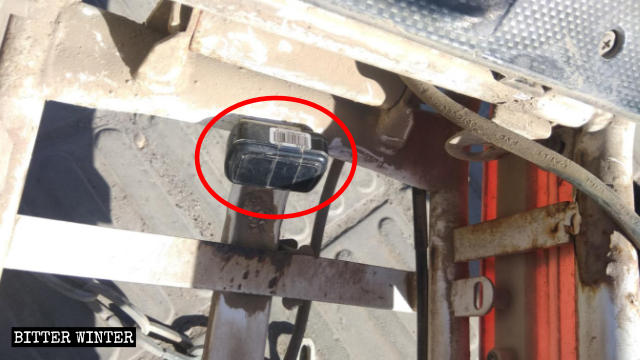 The Chinese government, once again, is on a rampage against the Church of Almighty God, adding nearly 50 more arrests to its growing numbers.

If the unlawful arresting of Chinese believers merely because of their beliefs isn’t bad enough, once detained, they’re having a difficult time getting legal aid, as lawyers are afraid to be seen going against the government.

Which is a massive problem for believers, considering that police from Taiyuan city in North China’s Shanxi Province is on yet another raid of The Church of Almighty God. Between November 29 to December 1, 2018, police arrested nearly 50 church members. According to a public security insider, this action was a unified operation by six municipal districts of Taiyuan city. The arrested Christians would be detained or sent to “legal education centers.”

“The government is now intensifying its crackdown against Falun Gong, The Church of Almighty God, as well as Muslims in Xinjiang,” the source said. “Everyone has to stand together with the Party and stand on the same frontline, or else you’re an enemy. The Party uses a shotgun against its enemies!”

And it’s no secret that the Chinese Communist Party (CCP) openly represses The Church of Almighty God. One lawyer said: “No one dares to accept such cases [when CAG Christians are detained]. Isn’t it obvious that doing so would be like going to court against the Communist Party and asking for trouble?”

The lawyer’s concerns are not without reason – there is a perfect example in Wang Quanzhang, a well-known Chinese human rights lawyer, who was held incommunicado for more than 1,000 days after taking several cases regarded as sensitive by the authorities, like defending Falun Gong practitioners in their cases.

Prior to this latest crackdown, Shanxi authorities had already conducted multiple arrest operations targeted at The Church of Almighty God. Bitter Winter has previously reported that from July 24 to July 31, 2018, Shanxi authorities launched a mass arrest operation lasting seven days, resulting in the arrests of at least 200 members of the Church. Before being arrested, some church members had been monitored and tracked for several months by the authorities using tracking devices that were secretly placed in their electric vehicles.

Caption of Photo: One Christian discovers a tracking device in his vehicle.

From August to October, at least 96 of the arrested church members were sent to a legal education center in Shennong Ecological Park in Shanxi Province’s Changzhi city to undergo forced indoctrination and transformation.

One church member reported that all of the detained Christians were subjected to intense indoctrination and forced to state the position they held in the Church. Every day, intense indoctrination experts told them about China’s history and made them to watch all kinds of videos smearing The Church of Almighty God. They were forced to sing the praises of the Communist Party.

But they all refused to renounce and condemn their faith – and were punished for it. Some Christians were slapped in the face, shocked with electric batons, forced to remain standing in a half-squat position, drenched in cold water, sprayed with tear gas or various other punishments.

One Christian, in her late 60s, recalled the days when she was intensely indoctrinated.

“The captain of the National Security Brigade struck me viciously in the face and kicked me in the waist. At the time, it felt like the bones in my body were broken. I couldn’t take care of myself. It took more than 20 days for me to gradually recover,” she said. “But the most unbearable thing for me was when several of them grabbed my hands and forced me to sign a statement promising that I would break off my ties with the Church. At the time, it felt like my heart was broken.”

According to the numbers provided by the Church, to date, several mass arrest operations conducted by Shanxi provincial authorities have resulted in at least 326 of the Church’s members arrested and 192 detained. So far, 67 of the church members remain in detention, and eight have been sentenced to prison.