Arrests of clergy and demands to join the Patriotic Church are not the only means by which the CCP is suppressing underground Catholics. An exclusive interview with a dissident priest. 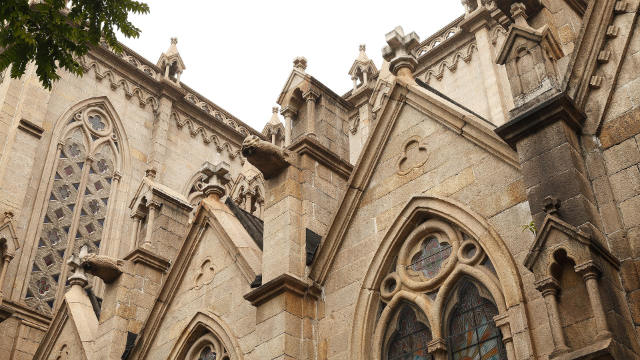 The Vatican-China deal of 2018 continues to be a matter of contention. The CCP interprets it to the effect that priests and bishops of the Underground Catholic Church should join the Patriotic Catholic Church, or else. The Vatican has denied that this is a correct interpretation of the agreement, but in China, those who refuse to join the Patriotic Church continue being persecuted. Bitter Winter asked a Catholic priest from the southeast Chinese province of Jiangxi, to assess the situation. His name is not mentioned for security reasons. He told us that a look at the early history of Catholicism in China under CCP rule is needed in order to understand the most recent events.

“In the early years of the CCP rule, the priest remembered, the authorities carried out violent suppression of the Underground Catholic Church by arresting Chinese priests and clergy personnel and forcibly repatriating all foreign missionaries, including the very popular Lazarists, as well as seizing church properties. However, not only did the CCP’s arrests fail to destroy the church, but on the contrary, this caused more and more people to believe in God.”

In fact, the priest argued, “in just more than 10 years, the number of churchgoers grew exponentially. This is something that the CCP never expected. It also made them realize that just simply making arrests was useless.”

As the priest reminded us, in the early 1950s, the Chinese government launched the Patriotic Church and tried to force Catholic believers to join it and leave the leadership of the Pope. Meanwhile, members of the clergy like Peter Joseph Fan Xueyan (1907-1992), a Catholic bishop who was imprisoned for more than 30 years for his refusal to break ties with the Vatican, remained loyal to the pope. Many Catholic believers and clerics followed Bishop Fan in boycotting the Patriotic Church and were arrested.

To CCP’s annoyance, however, there were more bishops like Fan Xueyan. Bishop Thomas Zeng Jingmu (1920-2016), the late sixth bishop of the Roman Catholic Diocese of Yujiang, was also imprisoned for about 30 years because he refused to join the CPCA. Since his release from prison, he continuously remained under CCP surveillance. Constantly visited by local officials and monitored at all times, the bishop not allowed to move freely or attend church events as he wished. Friends and allies of the bishop tried repeatedly to lose the surveillance but were found out most of the time.

So, the priest said, “the authorities tried to prevent the emergence of another underground bishop with the same level of influence as Bishop Fan or Bishop Zeng.”

Now, the strategy has changed. Anxious about the church’s growth, the CCP has started to implement a new means of persecution: to disintegrate the church from within.

The priest explained: “CCP ideologists believe that religion is a kind of fanaticism: the harsher the persecution, the more powerful it becomes, and the more it grows. With respect to how religions are treated, only disintegrative approaches can be adopted to break it up from the inside. The CCP is now using this disintegration method to break up our Diocese. This is scarier than being arrested because there is simply no way to prevent such persecution.”

The priest said that there are three primary methods by which the CCP is seeking to break up the underground Catholic churches. First, and the most significant, for the CCP is to place the bishops who refuse to join the Patriotic Church under surveillance. Second, shut down underground seminaries and restrict the training of clergy. Third, reduce the number of congregation venues and as a consequence of churchgoers.

Some Carrot, A Lot of Stick

Chinese authorities are working hard to influence the underground clergy throughout the dioceses in China to join the Patriotic Church. If imprisonment and torture. or bribes and material incentives, don’t work, bishops who refuse to join the Patriotic Church are placed under strict surveillance to prevent them from performing their duties and deprive the clergy of leadership. Today, even bishops in their 80-s and 90s are monitored.

“The CCP has a lot of tricks: threatening people, using intimidation, arresting people, as well as a financial inducement,” the interviewed priest said. “As long as someone agrees to join the Patriotic Church, they will be immediately promoted. They can also enjoy excellent benefits after retiring. The ways of the devil are sinister: it carefully explores people’s hearts and goes for the greatest weakness.” The interviewed priest mentioned a case of a priest from the Diocese of Jiangxi who was offered hundreds of thousands of yuan if he joined the Patriotic Church, but he refused.

With the Vatican-China deal of 2018, bishops should be recognized by the Pope. But, when the Vatican recognizes a bishop known for his pro-CCP positions, several devotees refuse to attend ceremonies presided by him. As a consequence, the Church becomes divided. One informant even reported rumors that to prevent this, the CCP keeps secret the fact that some former “underground” priests and bishops have joined the Patriotic Church. On the other hand, those who stubbornly refuse to join the Patriotic Church are persecuted and lose their parish positions.

The priest lamented, “The CCP is buying people off; it creates chaos at the church, causing the church to break up from the inside. This is a very sinister move!”