Cardinal Fernando Filoni, the head of the Vatican’s congregation responsible for China, rejects false interpretations of the Vatican-China deal. 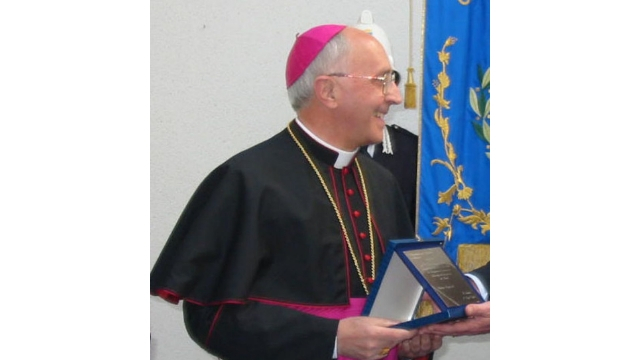 Much has been written about the Vatican-China deal of 2018. Bitter Winter has repeatedly documented how the CCP interpreted the agreement, whose text remains secret, to the effect that Catholics in the Underground Catholic Church, which has suffered persecution for decades for its loyalty to Rome, should join the government-controlled Patriotic Catholic Church—or go to jail if they refuse.

This situation could hardly remain unchallenged by the Vatican. The reaction came on February 3 through an interview granted to the Vatican daily, L’Osservatore Romano, by Cardinal Fernando Filoni, head of the Vatican Congregation for the Evangelization of Peoples, commonly known with its Latin name, Propaganda Fide.

This is the Vatican department responsible, inter alia, for overseeing Catholicism in China.

It is a long interview, where the Cardinal insists that, among Underground and Patriotic Catholics, there are no winners and losers with the 2018 agreement. Filoni went so far as to say that he “shares some concerns” expressed by critics of the agreement. “I realize,” he said, “that someone could think that, in this phase, the Apostolic See seems to be asking for a unilateral sacrifice, that is, only from the members of the underground community, who should, one might say, be ‘made official,’ while nothing is requested of the ‘official’ members. The issue should not be put in these terms; in fact, it is not about the ‘underground’ surrendering to the ‘official’ or to the civil authorities, regardless of the appearance, nor of a victory over the non-official community.” Filoni added that what will hopefully disappear is the underground condition of the Underground Church, not the Underground Church in itself as a body of faithful Catholics.

Lost in the long interview may be the short but very clear statement that, in fact, strongly rejects the current CCP’s interpretation of the deal: “I hope,” Filoni said, “not to hear or read about local situations in which the Agreement is exploited to compel people to do what is not even required by Chinese law, such as joining the Patriotic Association.”

Unfortunately, the Cardinal may read news like this often in Bitter Winter, but it is very important that he, and therefore the Vatican, rejects this interpretation of the deal as abusive.

Since the Patriotic Church keeps insisting on the “independence” of Chinese Catholics from any foreign institution, Filoni also emphasized that “in light of the Agreement that recognizes the specific role of the Pope, the so-called ‘principle of independence’ now needs to be reinterpreted in view of the relationship between the legitimate pastoral autonomy of the Church in China and the indispensable communion with the Successor of Peter,” i.e., Pope Francis.