Since the CCP launched its campaign to eliminate publications “damaging the country’s unity” last year, many books are no longer available to students in China. 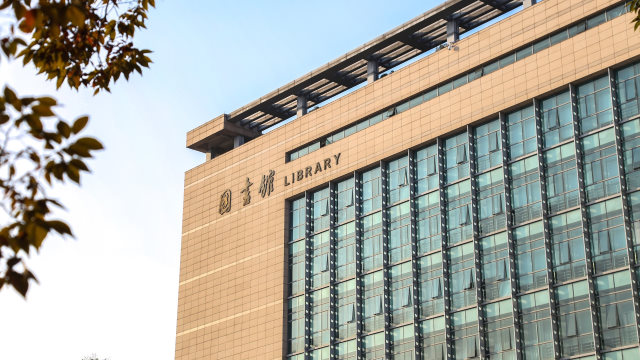 In October 2019, China’s Ministry of Education ordered school libraries nationwide to get rid of books “that damage the unity of the country, sovereignty or its territory; books that upset society’s order and damage societal stability; books that violate the Party’s guidelines and policies, smear or defame the party, the country’s leaders and heroes.” All books and periodicals in which religious doctrines and teachings are mentioned were ordered to be removed as well.

The campaign and subsequent burning of books raised extensive criticism among the public, who started comparing what is happening today with similar incidents in the past, like the ban and burning of books during the Cultural Revolution or the Nazi rule in Germany in 1933.

As ordered by the Ministry of Education, each province will have to submit book inspection reports before March 31. Bitter Winter visited some libraries in primary and secondary schools and universities to investigate the situation.

In the central province of Henan, religious texts have been taken off the shelves in many libraries, only catalog tags remain. When one searches for titles of religious books on libraries’ webpages, a notice pops up that they cannot be accessed. In some libraries, only a few religious art books remain.

“All books about religions disappeared from the library in early November; even the books about horoscopes,” a university student from Henan’s Zhengzhou city told Bitter Winter. He added that these books had been replaced with a series of propaganda books, such as “Quotations from Chairman Mao Zedong” and “Selected Works of Deng Xiaoping.”

“The government strictly controls and investigates all books on religion, forbids them,” explained a university librarian in Henan. He added that universities teaching science and engineering removed all religious books, and arts and humanity universities still keep a small number of such books in special collections, kept separately and controlled strictly.

When we asked a librarian in one of the visited universities to borrow some religious books for a thesis, she said that these books could only be read with a special permit. The librarian also suggested not to write this religious thesis because the state strictly controls all students’ papers on religions. “If the text doesn’t conform to the government’s policies, it would be hard to pass the exam,” the librarian warned.

“Children know nothing about religion, but the government still ordered all kindergartens to check if they keep religious books,” a kindergarten teacher from the eastern province of Shandong told Bitter Winter. “It requires kids to love the Party and support Xi Jinping’s leadership from a young age. This book investigation reminds me of the Cultural Revolution.”

Primary and secondary schools in the Inner Mongolia Autonomous Region and provinces of Liaoning, Shandong, and Henan convened special meetings to deal with the book inspection order from October to December.

A middle school teacher from Inner Mongolia told Bitter Winter that officials from the local Public Security Bureau and the Bureau of Culture had investigated the school library many times as part of the nationwide campaign to “eradicate pornography and illegal publications.” Many books, including books in Mongolian about Tibetan Buddhism and books in Mandarin about Chinese zodiac signs and explanation of dreams, have been removed. “They came to inspect the library often, even on Sundays or vacations, requiring us to be on call at all times,” complained the teacher.

A primary school teacher from Shandong Province reported that all books about the Bible and Jesus had been removed from the school’s library shelves.

A primary school principal from the northern province of Hebei told Bitter Winter that the school had to fill out numerous forms and report to higher authorities about the implementation of the book policy. “We were instructed that this task is especially urgent, and we had to assign personnel to carry it out. If the elimination is not done properly, the personnel will be held accountable,” the principle explained. “Each school has set up a special group for self-investigation first. Later, the education authorities will do selective investigations. The state doesn’t allow the youth to be religious. The Education Bureau instructed us to make sure that students share the same thoughts as the CCP. We must not allow students to read religious books by all means possible.”

Many teachers mentioned that the authorities attach great importance to the book investigation in the wake of pro-democracy protests in Hong Kong, requiring teachers to treat it as a political task. The CCP believes that Hong Kong protests have started because of a “failure” to educate the young in the special administrative region, i.e., the lack of patriotic indoctrination and insufficient censorship of books they can access.