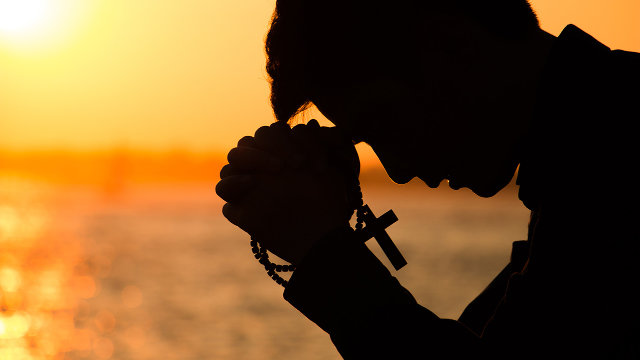 Chinese government is using foreign religious missionaries as a justification for its efforts of suppressing belief.

Blame the Americans. Blame the Koreans. Blame other foreign missionaries for infiltrating China and spreading a gospel message that requires the Chinese government to clamp down on it. That’s the rationale of the deputy mayor of Botou city, in China’s northern province of Hebei, who organized an anti-religious-infiltration meeting of approximately 200 village officials under his jurisdiction on October 17, 2018.

Because of these foreigners, he said, the government needs to strictly control Christian propaganda. And so, if anyone discovered someone spreading the gospel, they should be reported immediately. Rewards will be given.

In the meeting, government officials listed house churches as the main illegal churches to be targeted for closures and heavy crackdowns. The deputy mayor also emphasized that regardless of the denomination, any congregation site that doesn’t apply for government approval is illegal, is a hostile influence and must be severely punished.

According to sources, some village groups made announcements on loudspeakers upon returning to their villages, and threatened the village Christians by telling them to give up their religious beliefs or else they would cancel all of their social welfare benefits.

In the past, Bitter Winter reported on house church pastors being accused of foreign affiliations for buying religious books from South Korea and having their congregation sites cracked down on as a result. Some foreign missionaries who came to China to shepherd house churches were seized and deported by the CCP. The foreign pastors who haven’t yet been deported are also in dire straits.

In order to avoid being deported, Korean Presbyterian church pastor Wu and his wife are doing business in a city in the southeastern part of Shandong Province, an eastern coastal province of China, in order to conceal his identity as a pastor.

“The CCP government doesn’t allow pastors in,” Wu said. “If I had said I were a pastor, my visa would have immediately been denied, so we had to just write that we are here for commercial trade and business to get into China.”

And yet, according to sources, Wu and his wife are constantly watched – their house and cellphones under constant surveillance by the Chinese Communist Party, or CCP. Officers from the local police station frequently call them to inquire about their status.

“An official from the sub-district office frequently questions about what we do to support ourselves, when we leave home and when we return home,” Wu’s wife said. In order to avoid exposing his identity, Christians always refer to Wu as “boss” instead of “pastor” when calling on the phone.

In order to strengthen anti-religious-infiltration efforts, and thoroughly sever the link between local Christians and foreign religious groups, the CCP is not only seizing and deporting foreign missionaries in full force but are also forbidding Chinese Christians from going abroad to study theology.

On November 14, 2018, missionary Xu Xin from Fuzhou’s Eternal Life Christian Church went to the Consulate General of the United States in Guangzhou city, in China’s southern coastal province of Guangdong, to apply for a visa in preparation to go to the Christian Witness Theological Seminary to study. After passing her interview with the US consul, however, a Chinese employee questioned her and after the employee discovered that Xu Xin was a house-church Christian, her visa application was promptly rejected.

“If you want to go to the US to study, you have to get the approval of the Chinese government,” the US consul told Xu Xin.

The new Regulations on Religious Affairs, which came into effect in February 2018, classifies “arranging for citizens to leave the country to participate in religious training” as illegal.