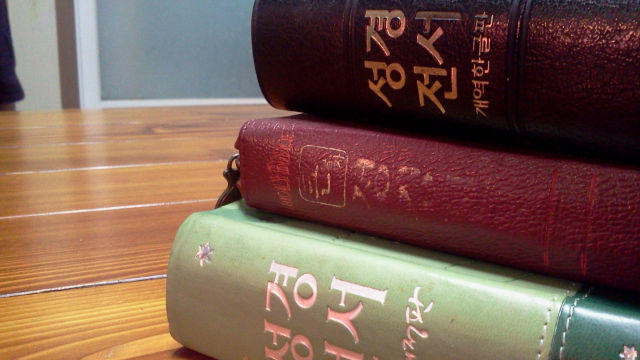 On September 21, Fang Ju and her husband, both of whom are pastors of a house church in Tongjiang city, in China’s northeastern province of Heilongjiang, along with a few church co-workers, were holding a meeting to discuss church-related work, when four or five officials from the city’s Religious Affairs Bureau and Public Security Bureau suddenly stormed in and carried out an illegal search. After finding several religious books that had been mailed from South Korea, the police asserted that these books were not printed and published by the government-approved Protestant Three-Self Church.

Fang Ju and her husband were hauled away on the grounds that they had “foreign affiliations.”

After graduating from a theological college, Fang Ju studied in South Korea for three years. Upon returning to China, she became a pastor at a local house church. Her husband, Zhou Gang, is also a pastor. The authorities claimed that the husband and wife purchased South Korean religious books and maintained ties with overseas religious communities in the United States and South Korea. The authorities said that the matter was of a serious nature.

“If you want to condemn someone, don’t worry about the pretext,” some church members said. “The church has never invited foreign pastors, so where did the notion of ‘foreign affiliations’ come from?”

On September 22, officials from the city’s Public Security Bureau, United Front Work Department, Religious Affairs Bureau, special police force, and other departments forcibly cut and destroyed the cross on the church to which Fang Ju belonged, and sealed off the church. More than 300 believers lost their meeting place and were forced to disperse. That day, Fang Ju and her husband were released, but the couple received a warning from the Religious Affairs Bureau prohibiting them from preaching. Their phones were also put under surveillance.

In recent years, with the continued implementation of the Sinicization of religion, the Chinese Communist Party authorities are intensifying their control and suppression of religious beliefs under the guise of “resisting religious penetration by foreign forces” and “preventing extreme religious ideology.”

Many churches throughout China have been suppressed or persecuted by the authorities simply for having foreign religious books or inviting foreign preachers. In September, a house church in Harbin, the capital of Heilongjiang, was also forced to be dissolved by the local government because the church had previously invited a foreign preacher to give a sermon.

(The names used in this article are pseudonyms.)