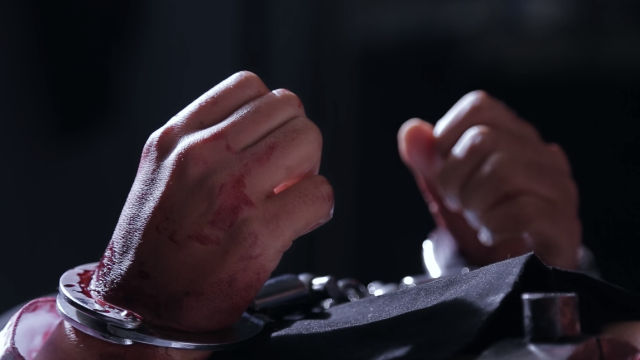 A member of The Church of Almighty God beaten during detention and forced to identify fellow believers.

In China, The Church of Almighty God (CAG) is the largest Chinese Christian new religious movement, which was listed as xie jiao in 1995. The Chinese authorities consider CAG believers to be serious criminals, who are persecuted ruthlessly.

Zheng Min (a pseudonym), a CAG member from Chongqing, a major city in southwest China, has experienced this brutality firsthand.

On September 3, 2018, five police officers barged into the home of Ms. Zheng and searched it without a warrant. The police seized various items including a laptop computer and two MP5 players, arrested her, and took her to a “legal education center” for mandatory indoctrination.

While in custody, the police forced Ms. Zheng to watch a video of the McDonald’s Murder of 2014 and other videos that denigrate The Church of Almighty God. They interrogated her about who the church’s leader was, whether she managed the church’s finances and other administrative information about the church. After receiving nothing useful from the interrogation, the police slapped her on the face and kicked her in the legs. Ms. Zheng’s face was swollen and bloodied, and she had difficulty opening her mouth to eat.

“Your face is quite tough,” the police officer said maliciously. “I didn’t even knock out your teeth. If I hit someone else, I would immediately knock out their teeth.”

The police then cuffed Ms. Zheng’s hands behind her back and ordered her to remain in a squatting position for two hours. If she lowered her head, the police would hit her in the forehead. Her feet became numb and swollen, and she sweated profusely.

“This is the land of the Communist Party,” the police officer shouted while tormenting Ms. Zheng. “The Communist Party doesn’t allow you to believe in God. Believing in God is illegal.” Upon seeing that she was still unwilling to confess, the police threatened her. “If you don’t tell the truth, I’ll kill you.” With this, the officer slapped her in the face again.

In order to force Ms. Zheng to give information about the church, the police took her outside and forced her to identify the homes of fellow believers who she knows. The spectacle of police escorting her through the streets attracted crowds of onlookers. When she refused to point out the houses, officers placed her hands behind her back, grabbed her head, and beat her in the street while holding her to the ground.

On September 5, Ms. Zheng was released. Afterward, she went to her relatives’ home to hide. Government personnel repeatedly called or came to the door to harass her family, and demanded that she report to a government office to sign statements renouncing her faith. Under this pressure, her husband felt he had to take a job in another city. Ms. Zheng remains afraid of being arrested again and doesn’t dare to return home.

Prior to this incident, Ms. Zheng had been arrested three times for believing in God.

According to the latest report from The Church of Almighty God, in 2018, at least 11,111 Church members were arrested, 685 people were subjected to various forms of torture or mandatory indoctrination, and at least 20 people were persecuted to death.