Student’s dormitory rooms are raided for faith-related items, any books on religion banned from libraries, and teachers’ religious status investigated. 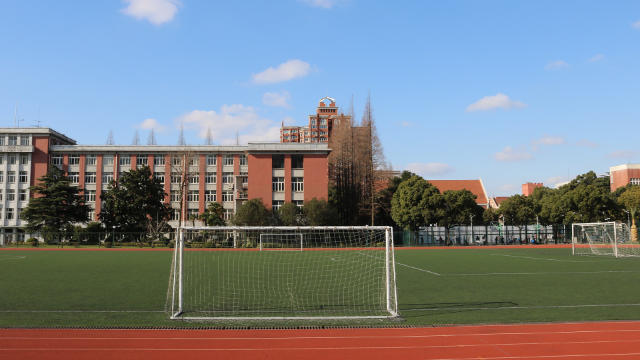 Colleges and universities are an important territory for the CCP to promote its ideology in cultivating ideologically-groomed successors of Chinese socialism. As the campaign to boycott religious belief wages on throughout China, students and teachers are forbidden from having religious beliefs, they are investigated to ensure their adherence to atheism, and any faith-related books are prohibited from appearing on campuses. Even a mention of religion is causing fear and frenzy.

The government of a locality in the central province of Henan issued a confidential document about cracking down on religious belief, emphasizing the need to “strengthen education promoting atheism and the Marxist view of religion, and strengthen the joint governance of schools, families, and society, resisting religious infiltration and preventing missionary work on campuses.”

To investigate students’ religious beliefs, a college in Luoyang city didn’t hesitate to infringe on their privacy, raiding dormitories and searching through their belongings.

On April 15, a notice was sent to the students’ WeChat group: “Tomorrow, the college will inspect dormitories. Cabinets will be searched. Individuals must handle items related to religious belief or associated books on their own. If such items are discovered, their owners will be expelled from the Communist Youth League, reported to the Central Committee of the Communist Youth League, and the matter will be recorded in their file.”

Detailed rules for assessing dormitories were later announced on the WeChat group. One of the regulations stated: “Dormitory members love the Party and the country, observe discipline and abide by the law, conscientiously safeguard the stability of the school, do not believe in rumors, do not believe in religion, and do not disseminate religious thought.”

Books containing any reference to religion in their titles, such as saint or cross, and even faith-related items, like curtains bearing the crescent moon and star symbol of Islam, were placed on a list of banned items.

“The school sometimes inspects dormitories, but it was always to examine their hygiene. This time, the focus is on religious belief. They even rummaged through our cabinets. That is a bit too much,” said a student at the school, expressing extreme dissatisfaction.

Another student remarked, “Items related to religion aren’t allowed to appear in dormitory rooms. Students are mandatorily required not to believe in religion and not to do missionary work; they can only love the country and the Party. What freedom of religious belief? That’s all a lie!”

In mid-May, in preparation for an inspection by the provincial committee’s United Front Work Department, a university in Zhengzhou city collected all the books on religious belief in the library’s reference room and locked them up.

At the same time, Henan University of Traditional Chinese Medicine, located in the Longzihu college district in Zhengzhou city, conducted a thorough investigation into the religious beliefs of students. From the time they entered the school, religious students have been strictly controlled by the administration. The school has repeatedly summoned them for questioning, conducted “ideological transformation through education,” and forced them to sign a declaration that they will “not believe in religion anymore.”

According to a teacher at a university in Zhengzhou city, the central religion inspection team has issued five specific requirements to the Henan authorities on how to investigate people of faith. They refer to a religion rectification plan in five respects: checking each person, teaching materials, and households; managing exchange and group activities inside and outside schools; preventing ideological, organizational, and institutional lines of defense; fighting gang crime and eliminating evil; and educating, i.e., establishing morality and cultivating people.

“The Department of Education is strictly checking the status of religion in schools. The Department of Security is monitoring our university,” the teacher said. “Every person is investigated. Religious people are warned to disclose their faith; if the school discovers them, the consequences could be even more serious.”

“Employees of the school’s Security Department will visit the homes of suspected teachers to investigate and conduct inquiries,” explained the teacher. He also revealed that the university’s administration encourages snitching and collects gossip to determine if teachers or their immediate family members have religious beliefs, which is considered a political issue.