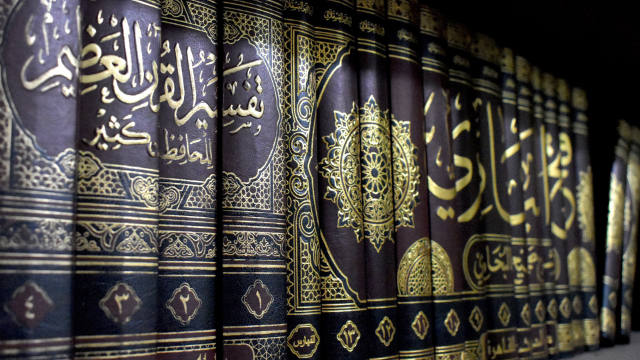 Not only Muslims in Xinjiang face persecution. China cracks down on Muslims near Beijing, targets mosque for women, as faithful hide their precious books.

Bitter Winter has reported repeatedly about the brutal suppression of Muslims in Xinjiang. Now reports are coming in that believers in Islam, too, are being targeted in areas far from Xinjiang.

An imam in Hebei Province’s Qinhuangdao city received a notice in December 2018 from a local government department that any books without a government-approved International Standard Book Numbers (ISBN) are not allowed to be placed in mosques, they must be collected and destroyed.

“Books on faith provide answers to questions; some of them are especially popular with Muslim youth,” one Muslim told Bitter Winter. “The Chinese Communist Party wants to ‘sinicize’ religions and prevent foreign forces that would overthrow its rule. Therefore, all foreign religious books are banned.”

The authorities’ stated goal is to resist subversive “infiltration by foreign forces.” They seem to see controlling religion at its roots – that is, the youth who are literally the future of religion – as the most effective way to do so.

After the local government issued the order prohibiting non-approved books, some imams gathered and hid all the texts they possess, in an effort to protect them from being destroyed. Some books were distributed to believers for safekeeping.

“In the future, such books won’t be printed anymore,” one imam repeatedly instructed believers. “We need to treasure and preserve them, as well as Quran. There will be fewer and fewer of them in circulation.”

According to a member of the local branch of the China Islamic Association, who requested anonymity, the CCP authorities started to issue documents about banned books, and to investigate the holdings of books at mosques, as early as 2017.

Believers quietly expressed their resentment of the crackdown on religious texts to Bitter Winter. One Muslim woman in her sixties complained, “What kind of world is this? Every day, [the government] is waging these campaigns to suppress religions. We have almost regressed back to the days of the Cultural Revolution.”

In addition to targeting books on Islam, authorities in Hebei have shut down a training class at a mosque for women.

The women’s mosque in Mengcun Hui autonomous county, under the administration of Hebei’s Cangzhou city, was built in 1992 by an ethnic Hui couple who are now in their seventies. This women’s mosque is different from ordinary mosques in that it doesn’t have imams, but only teachers and students. Its main goal is to teach students about the Quran and the hadiths –traditions or sayings of the Prophet Muhammad.

Last September, this county’s Ethnic and Religious Affairs Bureau and other government departments notified the mosque’s director that the training class was being shut down. The reason given was that “individuals are not qualified to run schools, only the state is qualified to do so.”

Soon afterward, the mosque became a target for persecution. The authorities sent personnel to the mosque every few days to harass believers. In the end, all three teachers and more than ten students were driven away. All the tables and chairs in the mosque were also removed.

According to an imam familiar with the matter, the reason that the women’s mosque was shut down was that it had received visits from overseas missionary organizations. The CCP regards such foreign visitors as “a factor of instability.”

The imam added, “The CCP authorities restrict minors from accepting the Islamic faith, with the aim to gradually destroy the faith of the next generation of Muslims. In the end, their ideology will be dominated by atheism and Marxism-Leninism. This is the means by which the authorities are seeking to control and eliminate religion.”