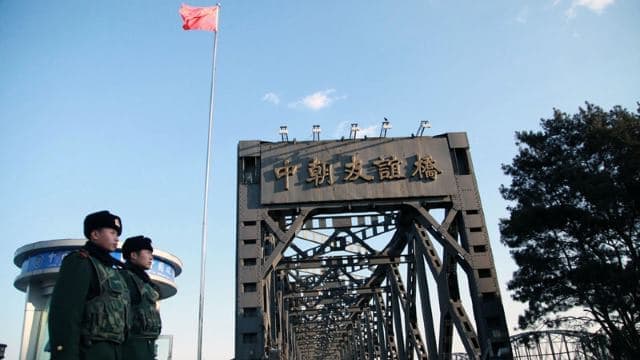 A woman who had fled North Korea to find refuge in China was forced to return to her country while she was pregnant.

In 2013, Lee Kim-hwa (pseudonym), risked her life to flee North Korea. She sought refuge in China and made Liaoning’s Dandong city her new home.

Soon, she met a man and was happily married. In May 2014, two police officers showed up at her home. They questioned her mather-in-law, Liu Ping (pseudonym), in detail about Ms. Lee’s nationality and her present situation. Ms. Liu answered all their questions truthfully, and the family thought that was the end of it. Ms. Lee was also pregnant at the time, and the family looked forward to welcoming the baby.

However, the officers returned after a few days. They forced Ms. Lee out of her home and escorted her to the Dandong border guard station for having “crossed the border illegally.” Ms. Liu had accompanied her daughter-in-law to the station and begged the authorities to reconsider, especially since she was pregnant. The authorities refused to budge, and Ms. Lee was soon deported to North Korea.

It has been four years since then, but Ms. Liu or her son haven’t heard from Ms. Lee. They fear the worst and feel anguished by the actions of the CCP backed authorities.

However, this was not an isolated case. Bitter Winter has reported about North Korea nationals being deported by China as recent as 2017.

As per a Human Rights Watch report, these deportations are in violation of the 1951 UN Refugee Convention, to which China is a party. Even though North Korean nations should be recognized as refugees sur place, which refers to people who are refugees due to risk of persecution upon return to home, China still designates them as illegal “economic migrants.”