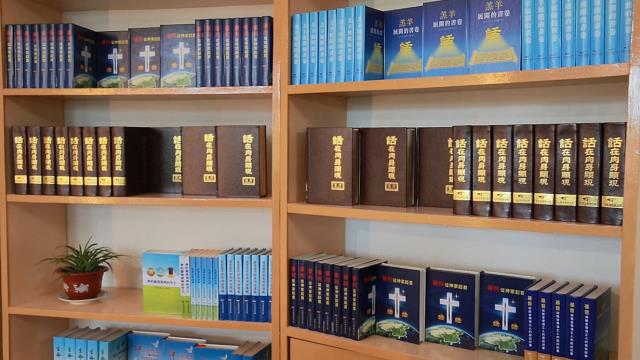 In China, even possessing a book from The Church of Almighty God is sufficient grounds for arrest or persecution; an elderly believer from Shandong knows this well after being apprehended twice.

Informed sources report that on May 16, 2018, two officers from the local police station broke into Chen Ye’s home, and without presenting any documents, forcibly raided it. They seized religious books, two MP5 players, and other items. Chen Ye wasn’t at home at the time of the raid, so the police forcibly escorted her sister (not a member of the Church) to the town police station. After that, two officers returned to Chen’s home and arrested her as she was arriving home.

An officer from the national security brigade interrogated Chen about other people in the village who believed in Almighty God and who gave her the books. Another officer attempted to force Chen Ye to sign three photocopied documents, but she refused; therefore, three officers forcibly grabbed her by the arm and forced her to affix her fingerprint on them.

At around 4 o’clock that afternoon, Chen Ye’s sister was released. A police officer told Chen Ye that she had a bad temper and therefore she was fined 1000 yuan and was being sent to a detention center in Rizhao. After arriving there, three officers grabbed Chen Ye by the arm and, forcibly affixed her fingerprint on multiple documents. Afterward, the police made Chen Ye pay 300 yuan for living expenses and detained her for 15 days on the grounds of her “belief in Almighty God.” Following her release, Chen Ye continued to be monitored by the local police department.

According to the database of Almighty God prisoners, published by the Brussels-based organization Human Rights Without Frontiers, most detainees have been arrested at least twice, solely for attending religious gatherings and preaching the gospel.