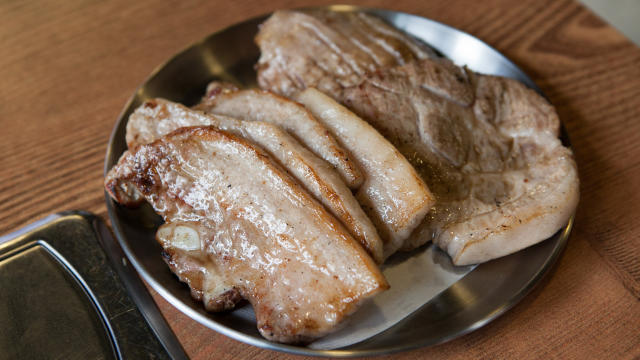 The police made fourteen detained Hui Muslims defy their cultural and religious traditions as a means of psychological torture.

In July 2018, the local police arrested an imam and 13 Muslims from a mosque in Gansu Province. They were detained and interrogated repeatedly for several days. The detained were asked if they had been in contact with foreigners and were warned that they were only allowed to worship in their mosque and only when the authorities allowed that. During their time in detention, police officers forced them to study the documents of the 19th National Congress and other policies of the Chinese Communist Party and repeatedly demanded that the believers eat pork.

The imam was held separately in a remote secret interrogation site; he was taken there with his head covered in a black hood. According to some members of his mosque, he has suffered mental and physical consequences because of his time in detention, and only went to the mosque once since his release.

A local Hui Muslim said, “When the police make us eat pork and prohibit us from wearing taqiyahs (traditional Muslim skullcaps, usually white, worn for religious purposes), it angers us. This is a great insult to our ethnic beliefs and personal dignity. I won’t eat pork even if I have to die!”

Some commentators have remarked, that methods like making religious Muslims eat pork or drink alcohol had been widely used during the Cultural Revolution; as a result, many imams were driven to commit suicide. As per insiders, this practice is used now in “transformation through education” camps in Xinjiang.