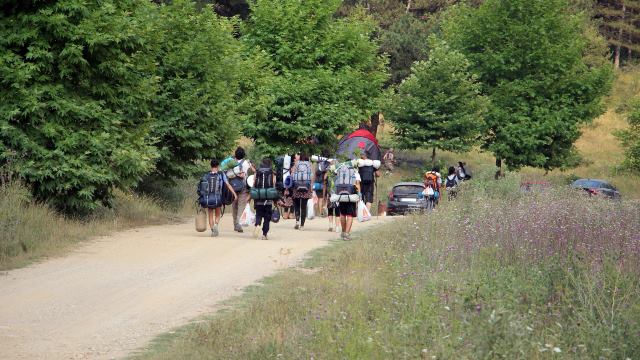 The group included 28 underage students and were meeting in a remote area when the police detained them.

On July 18, Xie Biao, a pastor with Justification by Faith church, organized religious summer camp in a remote forest in Sichuan’s Langzhong city. The group was comprised of 12 adults and 28 middle and high school students.

When the villagers got the whiff of the camp and the religious activities being carried out there, they informed the police immediately. Eight police officers from the local station drove three cars over there and shut down the camp. They seized the Bibles present there and accused the group of being a xie jiao. It refers to heterodox teachings in China and being active in such activities is a crime punishable by Article 300 of the Chinese Criminal Code with a jail penalty of three to seven years or more.

The group was transferred to the village committee. The adult Christians were taken away to Langzhong city where they were interrogated. While the pastor continues to be in police custody, all other adults were released shortly afterward.

The children were all asked to provide details such as their name, school, and home addresses, information about their parents and so on. Eight of these children were soon transferred to the police station in the nearby Manfuba village where their parents picked them up. Remaining were released subsequently as well. They have all been warned against participating in further religious activities of any kind or wearing church-issued clothing.

According to the revised Regulations on Religious Affairs, venues for religious activities cannot be used to provide religious education to minors. To put this in force, provincial and municipal governments across China have issued a document that states, “Religious venues shall not provide religious education, training, or other classes such as winter and summer camps, to minors.” The document further warns that “in the event of failure to comply, the person in charge of the venue will be held accountable and their clergy qualifications will be revoked.”

However, in doing so, the Chinese Communist Party authorities have violated the United Nations Conventions on the Rights of the Child, according to which states are liable to respect a minor’s right to “freedom of thought, conscience, and religion.”