The famous human rights lawyer who defended Falun Gong practitioners has been sentenced to 4,5 years in jail. Beijing arrogantly treads on the law again. 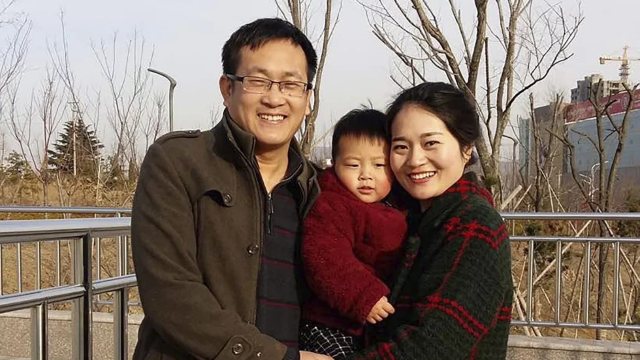 Today, January 28, 2019, Tianjin Number 2 Intermediate People’s Court in the northern port city of Tianjin ‒ the largest coastal metropolis in northern China and one of the nine national central cities, bordering Hebei Province and Beijing Municipality ‒ sentenced Mr. Wang Quanzhang, 42, to four and a half years in jail. He has already been detained for more than three years without trial. According to China’s criminal law, the time he spent in pre-trial detention should contribute to his sentence. However at the moment no one knows whether his pre-trial detention will be set off against the sentence.

After the trial held behind closed doors, where no journalist or foreign diplomats have been admitted, Wang ‒ who was arrested in July 2015 with more than 300 other lawyers, activists, and legal personnel in the crackdown of 709 ‒ was “found guilty of subverting state power.”

Following Wang’s previous trial hearing held on December 26, 2018, the United Nations stated that his due process rights should be respected since there were “serious human rights concerns.” A deaf ear. In fact, Ms. Wang Yaqiu, a Hong Kong-based researcher for Human Rights Watch, now defines Wang Quanzhang’s trial as a “mockery,”  a trial during which the defendant even found himself compelled to fire his state-appointed defense attorney.

For the real “crime” of this prominent human rights lawyer has been the defense of campaigners and victims of land seizures, as well as that of Falun Gong practitioners from the religious persecution by which the CCP is trying to exterminate them. It should be noted that Falun Gong has been for years the favorite target of the ominous human organs harvesting practice, by which the Chinese regime has killed thousands of people, and that even today Falun Gong remains one of the Chinese national explantation “supply-store,” alongside Uyghur Muslims and members of The Church of Almighty God.

During the trial, even Wang’s wife, Li Wenzu, was confined to her home in Beijing. She was under house arrest after the police caught her marching along a 62-mile (around 100km) trail from Beijing to Tianjin to call for Wang liberation and forcibly returned her home. She is held at home with her and Wang’s five-year-old son.

Now, Wang’s case is the epitome and the reification of what a totalitarian state is. When the law that doesn’t respect the rule of law is used to arrest a lawyer because he upholds the law of natural justice in favor of unlawfully persecuted people there is no shelter for anyone. This is all the more demonstrated by the fact that one of Wang Quanzhang’s lawyers, Mr. Yu Wensheng, was stripped of his license and arrested in January 2018 for “inciting subversion.”

One of the core principles of legal civilization worldwide is that even the most hideous criminal deserves defense. When this basic tenet is infringed, justice becomes the toy of boundless power, and everything becomes possible.

It is, of course, hard and risky to stand up against a tyrant – as Wang Quanzhang has courageously done to defend the defenseless – but one can always count on the most basic norm of international fair play that even the sneakiest of despots are ready to observe, at least to save their face. Throughout history, very few rulers have, in fact, dared to do evil without trying to camouflage it. Even the worst of tyrants try to save some level of appearance in order to legitimate their ruthless power.

But not so Xi Jinping’s China. Xi Jinping’s China does evil and has no shame to present it openly as pure evil. Hybris with Chinese characteristics. With the unlawful conviction of a lawyer who defends fundamental law against law-deniers, the CCP regime has bottomed.