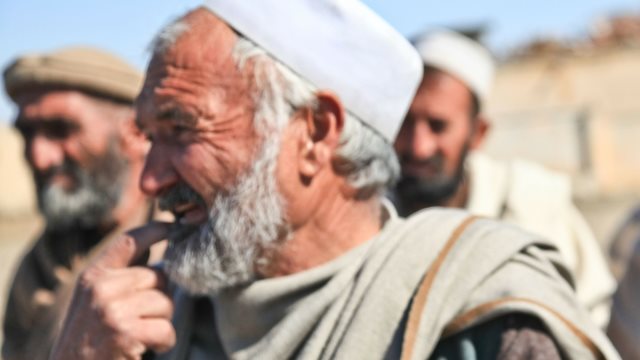 A Muslim in Xinjiang was given a five-year prison sentence for growing out an “abnormal beard.”

Last March, authorities in Xinjiang issued their Regulations on De-Radicalization in Xinjiang Uyghur Autonomous Region, according to which, maintaining an “abnormal length of a beard” is prohibited.

Last year, Razaq (pseudonym), who lives in Xinjiang’s Kashgar Prefecture, was arrested by police for growing a long beard and detained in a “transformation through education” camp.

In July, he received a five-year prison sentence and was transferred to a local prison. His family was never notified to attend his trial; it was not until a month after Razaq’s sentencing that his family received the news.

His friends and relatives said, “Based on his beard, the Chinese Communist Party concluded that he is an Imam. He is just an ordinary believer.”

Another one of his friends is worried about him. He said, “Razaq is already 50 years old, and he can’t read, but he is being locked in a prison and forced to study the Chinese language every day.”

However, Razaq is not alone. Another Uyghur man, who grew a beard and made his wife wear a burqa, was sentenced to six years in prison for “picking quarrels and provoking trouble,” and his wife received a two-year prison term.

Further, as per reports, Kashgar Municipal Court publically sentenced a group of “lawbreakers blinded by religious extremist thought” for “wearing burqas and veils” or “growing beards.”