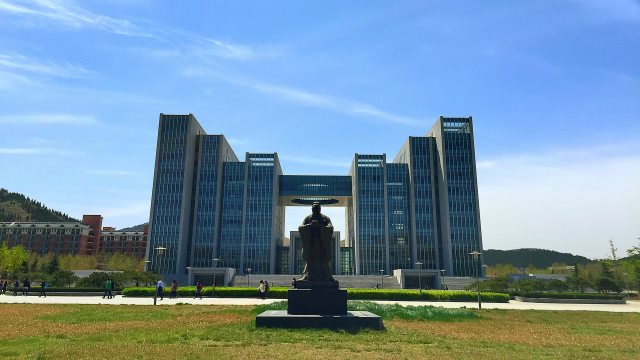 Official authorities strictly monitor the thoughts and beliefs of students and staff.

In March 2017, a university in Heilongjiang Province issued an “emergency plan” document that stated spreading religion at universities and colleges was strictly prohibited. That meant, establishing venues to meet or forming groups and organizations to communicate was also illegal and deemed for punishment.

It was only one of the ways in which the university sought to establish prevention and control measures to prohibit students from believing in God.

Students were prohibited from participating in free foreign language training and activities. This was done to “resist the infiltration of illegal overseas religions and prevent from being used by overseas illegal religious organizations.”

Missionaries were to be prevented from carrying out religious infiltration activities by taking advantage of the admittance of new students, winter and summer vacations, volunteer service, poverty alleviation and assistance to the needy, social practice activities, and other such opportunities.

The need to “strengthen the management of foreign teachers and international students and strictly review the procedures for employing and appointing foreign teachers” was also emphasized.

To monitor students on a daily basis, the plan stipulated, “questionnaire surveys must be conducted, and seminars must be held on a regular basis, and frequent and close contact with students is needed to understand what they are thinking.” Religious beliefs and ideologies of teachers and students were to be regularly assessed and statistically tracked every semester, and any change was to be promptly reported. The plan stated, “Follow-up files must be established. Exact numbers must be tallied, and the situation must be clarified with a definite goal.”

More insidiously, an incentive-based reporting system was established to “offer certain material rewards, according to the situations, to those who discover missionary activities on campus and proactively report to the university authorities.”

Finally, particular attention was to be paid to ethnic minorities including students from Xinjiang, Tibet, and Mongolia. It was stated in the plan that their mobile phones, QQ and WeChat accounts and other online accounts be monitored. Activities or thoughts that were not in line with the ideals of the Party were to be reported immediately.

A “three forces” message was deemed to be particularly imperative as well. “Three forces” or “three evils” as defined by the Chinese Communist Party are terrorism, separatism, and religious extremism. As per media reports, it is one of the core issues on Xi Jinping’s list, and he has in the past called for intensifying pressure against the “three evils.”

Other sources to control religious beliefs at higher education institutions included forcing students to sign a mandatory “no-faith” agreement” and “rejecting religious students’ application for admission to the Communist Party.”