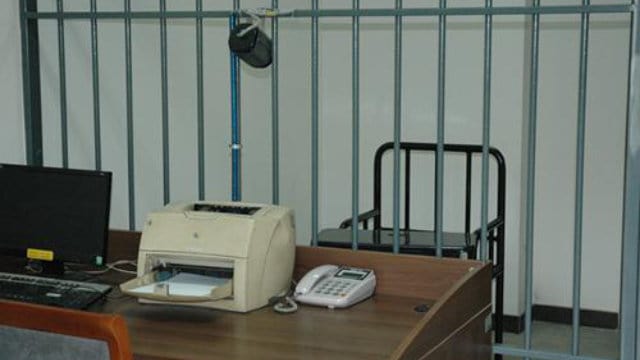 In late September of this year, the Vatican-China deal of 2018 was signed. Some believed it would improve the plight of the Underground Catholic Church, which would gradually merge with the Patriotic Catholic Church through a process where priests and devotees coming from both Catholic branches would be equally respected. However, the Chinese Communist Party (CCP) seems to interpret the agreement to the effect that members of the Underground Church should simply submit to the Patriotic one.

After the deal was signed, underground Catholic churches throughout China have been frequently attacked. Underground priests have been summoned for questioning and some of them arrested. In October, four Catholic priests were arrested in Hebei province for refusing to join the Chinese Patriotic Catholic Association and on November 9, even a bishop, Mgr. Peter Shao Zhumin, underground bishop of Wenzhou, a prefecture-level city in the south-eastern part of the Chinese province of Zhejiang, was taken by the police for “indoctrination.”

In Fuzhou city, in coastal Fujian Province opposite Taiwan, authorities have raided and harassed multiple meeting venues of the Underground Catholic Church, but sources now add that on November 9 (the very day when Mgr. Peter Shao Zhumin was arrested), in the parish of Fuqing, Catholic priest Guo Jinming was summoned for questioning by the local Public Security Bureau. Afterward, he was detained at the Fuqing Detention Center for nearly one month.

According to one local Catholic church member, prior to being summoned for questioning, Father Guo told a parishioner that, “The central government’s ‘patrol inspection team’ for controlling religion will be stationed in Fuzhou for a while. We face a lot of pressure right now. The United Front Work Department, the Religious Affairs Bureau, and the Public Security Bureau are all looking for us. Tomorrow, I will be asked to go to the Public Security Bureau.”

The church member also revealed that in the 10 to 20 days following the signing of the agreement between the Vatican and China, Father Guo was repeatedly summoned for questioning by the State Security Bureau. Personnel from the Bureau asserted that since 1998, the Roman Catholic (Underground) Archdiocese of Fuzhou has been deemed an “illegal organization” by the CCP, and they had the right to arrest Guo Jinming and other underground priests at any time.

It was not the first time that Father Guo was arrested. In November 2015, Father Guo and Father Yu Heping (1975–2015) from the Diocese of Ningxia were supposed to meet in Liaoning Province for a four-day national evangelistic conference. However, before the meeting was convened, Father Yu Heping suddenly disappeared and later died a mysterious death. Meanwhile, in December of the same year, Father Guo was also taken into custody by the local Public Security Bureau in Fuqing. After being released, he has been under constant surveillance by the CCP.

On March 2, 2016, the CCP authorities took Father Guo to a hotel and detained him for 50 days under the guise of “studying the regulations on religious affairs.” They continuously interrogated him about the meeting in Liaoning. Since Father Guo refused to provide any information, the police subjected him to extreme pressure. For example, they deliberately turned up the volume on the television extremely loud; or several officers would surround him and speak loudly. During the interrogations, the authorities even used a torture method called “exhausting an eagle” (a type of sleep deprivation) on him, not letting him sleep for several days and nights. In late April of the same year, he was released, but the police warned him that he must always be available upon demand. Since then, he has been frequently summoned for questioning by the Public Security Bureau.

Although Father Guo was released on December 7, Bitter Winter has learned that he remains under police surveillance to this day.