Since mid-April 2018, the town government in Linzhou, Henan, has dispatched many people to all villages under its jurisdiction to work with local village officials and disrupt Christian religious activities.

On May 4, a source in one of the villages told Bitter Winter: “Local officials held a meeting this morning. Authorities requested to inspect the faith of each family and remove every house church meeting place. They also demanded that, if families were to be found holding religious meetings at home, then the officials should call the police to arrest them immediately.”

Bitter Winter has learned that, since mid-April, the couplets in many Christian homes of this village were torn off. Horizontal inscribed boards containing Chinese characters meaning “God loves the world” were torn off, and the crosses and pictures of Jesus were confiscated.

On April 15, the couplets on the door of the house of Christian Wang Ailing (pseudonym, female, 52 years old) were torn off by village officials, who also took away her crosses and pictures of Jesus in photo frames. On April 17, 18 and 22, the village officials came to Wang many times, urging her to apply for credentials from the county government if she wanted to hold meetings at home. On the evening of April 23, the officials took advantage of Wang’s absence from home and pasted a horizontal scroll with Chinese characters meaning “bountiful blessings come from heaven” on top of the horizontal inscribed board with the inscription “God loves the world.” Later, they warned her not to remove the scroll.

On April 17, the director of the village women’s association together with two township officials came to Christian Liu Jing’s (pseudonym, female) house and forcibly tore her couplets. They said: “This is a government campaign. It’s forbidden to have religious gatherings at home unless you apply for credentials. ”

On the same day, other Christians in this village suffered the same experience as Liu Jing. Together with some people, village officials came to their residences, forcibly ruined their couplets on the gate and took away their indoor portraits of Jesus and religious calendars. They were also told to go to Three-Self churches to attend meetings. On the evening of May 3, Christian Lu Kun (pseudonym, male, 55 years old) received a call from the village secretary who inquired whether Lu would attend meetings in a Three-Self church, saying: “If you go to the Three-Self church, you will be paid 30 RMB a day.”

Commenting on the events, Wang Ailing said: “We resolutely believe in God no matter how cruel the Chinese Communist Party’s repression is. They may confiscate our portraits of the Lord Jesus, but the Lord lives in our hearts forever. We will never stop our meetings!” Another house church Christian said: “Just let it be. It is prophesied in the Bible that beasts would appear in the end time to persecute Christians. This prophecy has been fulfilled.” 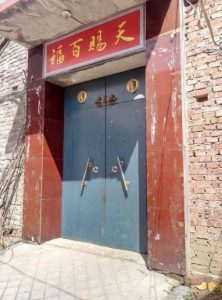 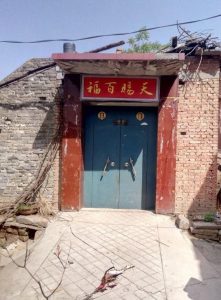 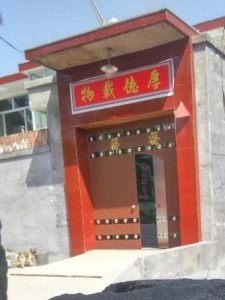 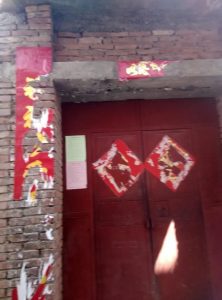 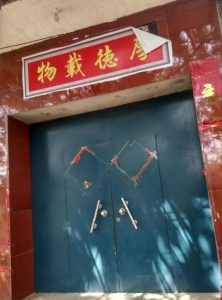 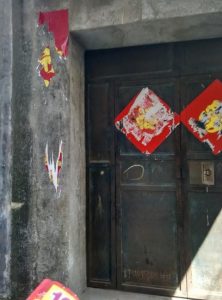 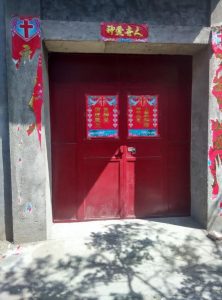 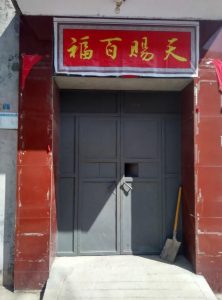 Images 3–8: In a village of Linzhou city, the couplets of some Christian houses were ruined.