On top of ubiquitous surveillance systems, believers in China must also be vigilant of government-assigned personnel who watch over them 24/7. 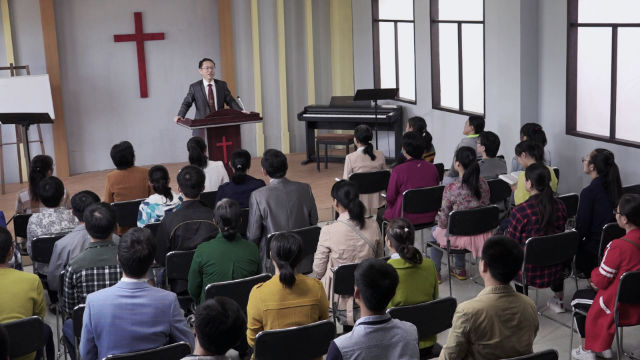 Grassroots Party functionaries, even landlords and utilities’ workers, are customarily employed to spy on believers who are holding religious gatherings, doing missionary work, or just meeting with friends. Motivated with bonuses or coerced, their number is growing exponentially, making lives of believers unbearably hard.

In eastern China’s Anhui Province, four preachers were on their way home after having gone on mission in Chengguan town, under the jurisdiction of Bozhou city, on November 22, when they were stopped by the police; three of them were arrested. As it turned out, a local informer realized from the preachers’ accents that they were from another area and reported them.

Using informer like this, usually, grid administrators – designated people to supervise areas of 15-20 households, “the grids,” – the authorities are alerted about any “suspicious” activities, including religious, at any given time. Having familiarized themselves with all residents and their habits, the administrators are invaluable sources of information.

A grid administrator from northeast China’s Jilin Province revealed that his job responsibilities include to get to know and keep track of religious venues and believers within his grid. He is also entrusted with “discovering and collecting leads and information about religious infiltration and illegal religious activities within the grid area, and promptly reporting them, as well as assisting superiors in carrying out ‘stabilization work’ in the religious field.”

His colleague from Chun’an county, under the jurisdiction of Hangzhou city, in eastern China’s Zhejiang Province, told Bitter Winter that in his area, there are even so-called “peaceful grid groups,” composed of low-level government personnel, Party members, and unemployed vagrants, that jointly surveil neighborhoods. Every day, each grid administrator must report from three to five valuable pieces of information, rewarded with 3 RMB (about $ 0.4) for each. They also visit churches to take photos and report on what is happening there to higher authorities.

Local government personnel and regular CCP members on the county, township, and village levels are being increasingly involved in religious work and are fervently suppressing believers because of the personal responsibility pledges that they are made to sign. Some have been appointed as “information officers” specifically for monitoring and reporting on religious activities. To do so, they are entering churches to listen to sermons and observe congregations, sometimes in disguise.

A pastor from Shangqiu city, in the central province of Henan, revealed that on April 14, he received a note while giving a sermon which read: “There are [government] leaders conducting a secret investigation in the church. Be careful.”

Last September, a county government in Inner Mongolia Autonomous Region took a decision during an extraordinary meeting, ordering all villages under its jurisdiction to form “religious work management leading groups,” composed of each village’s Party secretary and director of the Villagers’ Committee, as well as regular Party branch and Village Committee members. The group must keep abreast of religious activities and promptly report private religious meeting venues, any activities involving religious persons from outside the area, and the movements of local believers. They are also ordered to enter households to look for crosses and other religious symbols.

Teams of spies in Three-Self churches

A National Security Brigade insider from southeastern China’s Fujian Province said that the government had secretly set up Three-Self Church “enforcement teams” in some areas. Members of these teams are composed of regular believers who have been bribed or coerced by the government. They directly report to the city’s Ethnic and Religious Affairs Bureau on issues like preachers coming from outside the local area, Party members going to church or the compatibility of sermon content with the government’s requirements, and alike.

According to the source, several such spy-believers are planted in each church, members of congregations and the clergy unaware of their existence. The informers receive monthly government subsidies; if they discover good leads or report on unofficial churches and their leaders – especially those in charge of religious groups designated as xie jiao – they can also receive a significant bonus.