Anything religion-related is off limits in China. Authorities are closing down welfare and support centers established by believers or churches. 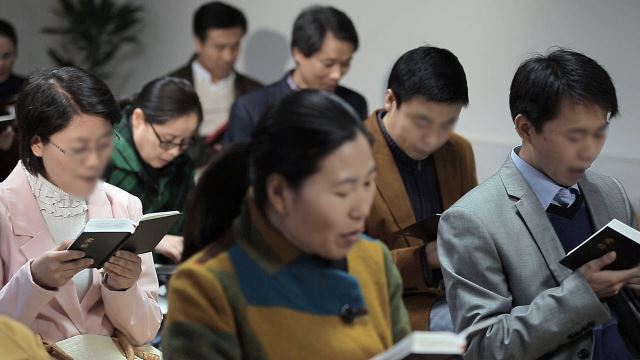 In China, even nursing homes and orphanages that have been set up by churches and religious organizations are persecuted and eventually closed down. Authorities across the country are citing the new Regulations on Religious Affairs, which prohibits organizations or individuals from using charity activities for evangelization.

A Christian from China’s southern Guangdong Province related to Bitter Winter about the crackdown on a center for people with drug addiction established by a Sola Fide house church Christian and her son in 2013. Since the young man has given up drugs through his belief in God, and hoping to help others with addiction problems, the family decided to establish the center in their home, with the help of the church.

The suppression started in the fourth year of the center’s activities. In June 2017, 18 personnel from departments dealing with religious and public security issues stormed into the center, claiming that it is involved in religious activities.

The Christians who were helping in the center tried to explain to the officials that with each church, fewer prisons are needed, but they did not budge: The cross and other religious symbols inside the center were torn down. The officials forced the church’s head to write a statement of guarantee, promising that no gatherings or religious activities would be held at the center in the future. “If we discover you were doing so, a fine of 5,000 RMB [about $ 750] will be imposed on each person,” the believers were threatened.

After the raid, the church’s head went to several government departments to apply for a drug rehabilitation center permit but was rejected each time.

“The center has built the confidence and determination of people through the words and the love of the Lord Jesus, to help them overcome their drug addiction. This method doesn’t meet the requirements of the government, so getting a permit approval is very difficult,” said a believer from the church.

The police continued to visit the center frequently, making sure that people with addiction issues were not holding gatherings. “The government does not tolerate your method to overcome drug addiction!” scolded one police officer during an inspection in August 2018.

Despite the harassment by authorities, the church’s head still hopes to help more people with addiction to return to their families and reintegrate into society.

According to a report by the American human rights organization China Aid, in November 2016, Gospel Drug Treatment Church, located in Guangdong’s Guangning county, under the jurisdiction of Zhaoqing city, was shut down. The husband and wife from Hong Kong in charge of the institution were accused of “espionage” and deported. They were prohibited from returning to mainland China for five years. During the three-plus years that the Gospel Drug Treatment Church operated, it helped more than 180 people with drug, alcohol, gambling, and Internet addictions.