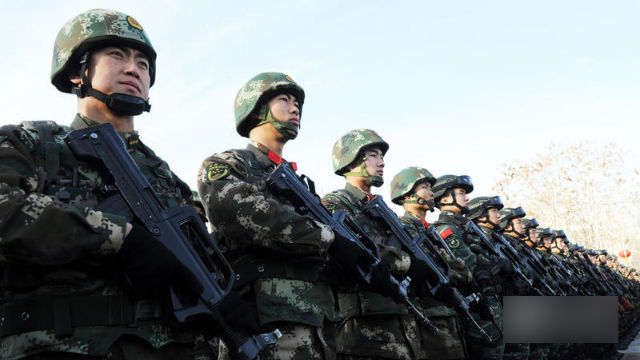 In style reminiscent of the Cultural Revolution era, the local authorities sentenced 16 Uyghurs in a public trial recently.

During China’s infamous Cultural Revolution, public trial meetings were commonplace. In these trials, people who were seen as violators of any kind by the Communist Party were put through public criticism and humiliation (pīdòu) for everyone to see.

These included businessmen, intellectuals, and religious believers. This was considered an effective method as it simultaneously punished the offenders and instilled fear in the minds of the masses.

On August 27, a Cultural Revolution-style public trial of 16 Uyghurs was held in a village in Huocheng county, Yining city. As per reports, it was the second such trial in the area that month.

The trial venue was heavily guarded. Armed police officers were stationed every five or six meters. Other officers patrolled the surrounding areas.

More than 500 villagers, most of whom were Muslim, were forced to attend. Several of them confirmed that they were threatened to participate by government officials and were at risk of facing consequences if they disobeyed.

Upon entering the venue, every villager had to swipe his or her ID card and undergo a body search. They were not allowed to take in their cellphones.

At 6:30 pm that day, a large bus with 16 Uyghurs on board arrived at the venue. All of them were approximately 30 years old, and none were local residents. The police escorted them onto the public-trial stage, and the trial lasted over two hours.

The trial was conducted in Uyghur language, because of which the Han and Hui villagers had trouble understanding the proceedings. However, the villagers were forbidden from speaking or raising objections during the trial.

According to sources, the majority of those on trial were declared guilty of “gathering a crowd to incite a riot” because they had forwarded Islamic religious content on their cellphones.

Many other Uyghurs have now been detained as well. An elderly woman in her fifties almost fainted from shock when all of her children were arrested. However, she must still comply, and now, every evening she has to participate in classes for “transformation.”