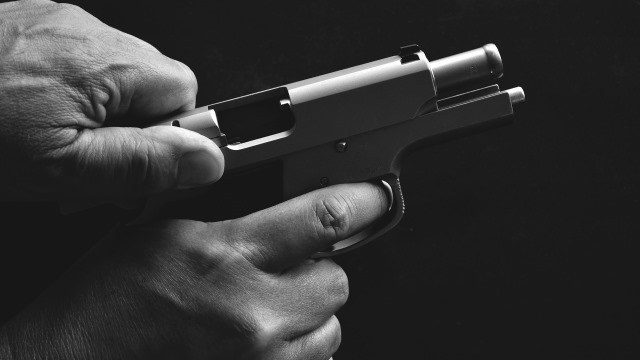 In an incident from Anhui, the police disrupted a house church gathering by firing warning shots.

In November 2014, a gathering was underway at a house church in Anhui’s Hefei city when police officials stormed inside. To intimidate those present, the police immediately fired warning shots. There were 60 believers in the congregation at the time, all of whom were arrested later.

Bitter Winter spoke to Li Lun (pseudonym), one of those believers, to know more about the sequence of events that night.

Mr. Li recounts that it was all entirely peaceful when suddenly there was a burst of gunfire. More than 30 police officers, armed with guns and batons, surrounded the believers. The city chief of Public Security Bureau shouted, “Nobody move! Put your hands on your head and get down on your knees!”

Later, the pastor and the believers were taken into detention. The chief tried to get believers to renounce their faith by threatening them with a 15-day detention period if they did not do so. The believers refused to obey the chief and stayed on in detention. Mr. Li, on the other hand, was bailed out the same day by his village’s head.

However, the police continued to monitor him. They would inquire about his religious beliefs regularly, and the chief of security would often show up at his home to interrogate him.

According to reports, the authorities had designated Mr. Li’s church as an “illegal organization.” Members of his church had been arrested twice in the past, and the group often had to change its meeting place to avoid police surveillance.

This persecution was part of CCP’s operation to “fight crime and eliminate evil” in 2014. It was launched in Anhui and Shaanxi and was primarily used to target various Christian movements and their believers.

In January 2018, the CCP released a revised version of its Notice on Launching a Special Battle to Clean Up Gang Crime and Eliminate Evil. Except, the only revision was that of the word “fight” with “clean up.” The notice now stated that CCP was to launch a three-year nationwide operation to “clean up crime and eliminate evil.”

The stated purpose of such a campaign was social stability. However, several public commentators have expressed concerns that this is more of a political movement and the CCP is actually misusing the legal system.