A book by American political scientist Carsten Vala answers the question why some house churches are “tolerated” and others are persecuted in China. 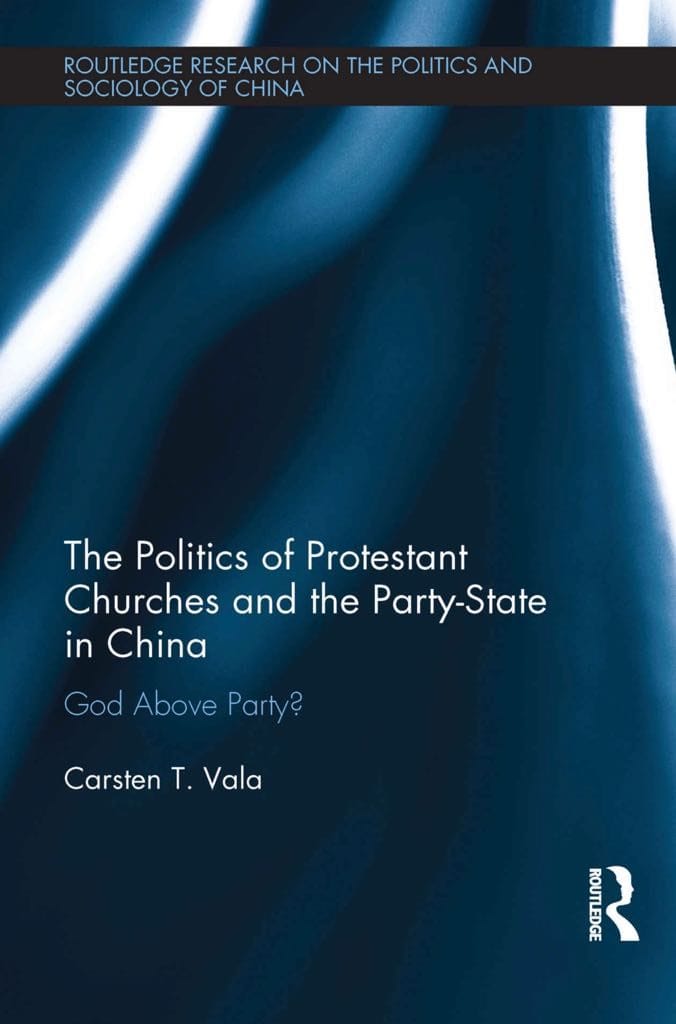 Protestant house churches are different from the groups listed as xie jiao, or “heterodox teachings,” in China. Being active in a xie jiao is a crime punished by Article 300 of the Chinese Criminal Code with a jail penalty of three to seven years “or more,” and no efforts are spared by the Chinese Communist Party (CCP) to utterly eradicate these groups and mercilessly persecute their members. House churches are Protestant groups that refuse to join the government-controlled Three Self Church. They are theoretically illegal, yet participating in their activity is not a crime per se, and they have been alternatively tolerated and repressed by the CCP in the last fifty years. More exactly, some house churches have been more or less tolerated while others have been persecuted. Is this simply unpredictable and capricious, or does the CCP follow some criteria in determining which house churches should be singled out for persecution?

This is the question Carsten T. Vala, chairperson of the Department of Political Science at Loyola University Maryland, tries to answer in his book The Politics of Protestant Churches and the Party State in China: God Above Party? (London and New York: Routledge, 2017), an important study for all those interested in the house church movement and its relations with the CCP.

Vala notes that the subject is highly contentious among Western scholars of China, as well as among Christian newsletters supporting the house churches in the West. Some follow a “domination-resistance” model, describing how the CCP’s aim is to suppress religion in general and pretexts are sooner or later found to repress the house churches. If some escape, this is due either (or both) to their brave resistance or to the fact that there are holes and areas of ineffectiveness (described by some scholars as “crevices” where some house churches may hide) in the CCP’s repressive machine. But other scholars prefer a “negotiation” model, according to which it is not in the CCP’s interest to pick up a generalized fight with millions of house church believers and, unless the Party perceived a house church as an immediate threat, uneasy truces and accommodations are constantly negotiated and renegotiated. ChinaAid is a Western newsletter following the domination-resistance model, while ChinaSource both advertises and promotes the negotiation model.

Vala finds elements of truth in both models and proposes a middle way. He agrees with the fact that the repressive machine of the CCP is not perfect. Unlike the security apparatus dealing with Falun Gong and the xie jiao, the different CCP agencies keeping watch and repressing house churches are understaffed and their bureaucrats are often underpaid and demotivated. However, this alone would not explain why some house churches escape suppression. Vala also refers to the well-known Chinese concept of guanxi, or personal relations, which may be more important than laws. Some house church members are rich, influential, and well-connected with CCP high-ranking officers. To some extent, these guanxi relationships may protect their churches from repression.

Vala also proposes an analysis of the Three-Self Church largely based on the negotiation model. He claims that not all pastors and bureaucrats of the Three-Self Church share the same attitudes. Some, and certainly the national leaders, are “loyalists,” who regard the interests of the CCP as paramount, but others, particularly in rural areas, may try to navigate between the CCP and the local Christian communities. While the “loyalists” may be strongly against the house churches, those in the second category may try to protect at least some of them. It is also the case that Three-Self and house church pastors may actively cooperate against the groups perceived as “heterodox” and listed as xie jiao, which convert members of both the house churches and the Three-Self Church. Although Vala does not name names, The Church of Almighty God is an obvious case in point.

However, the question remains. At the end of the day, some house churches survive for decades and some are brutally repressed. What explains the different treatment? Vala uses the category of “public transcript” to designate an unwritten narrative according to which the CCP may be ready to stretch a point and tolerate some theoretically illegal organizations, thus showing its allegedly “benign” disposition, as long as they do not cross certain “red lines.” The problem is that the narrative, being unwritten, does not exactly specify what these red lines are. The original “public transcript,” Vala argues, included three red lines for the house churches. First, the house churches should be small, with fewer than a few dozen members, and should not exhibit clear signs of growth. Second, they should remain isolated from other house churches, and should not try to establish networks or federations that may appear to rival the Three-Self Church. Third, they should avoid any contact with foreign Protestant organizations, as these contacts are authorized only if managed by the Three-Self Church, and even in this case should be approved by the CCP on a case by case basis.

Other conditions were gradually included: tolerated house churches should never criticize the CCP or the Three-Self Church; should report to the police and other authorities on both their members and other house churches; should relentlessly denounce the Christian xie jiao as heretic and cooperate in the fight against them; and their places of worship should be discrete and not carry visible signs. Vala emphasizes that all this did not guarantee that house churches would be left alone, as overzealous local bureaucrats might always decide to crack down on them, but offered reasonably good chances to survive.

However, the public transcript seemed to no longer work in the early 21st century, due to the rise of the urban megachurches. They were house churches with hundreds and even thousands of members. They tried to respect some of the red lines. For instance, at least some of their pastors would regularly give information to the police; would avoid any criticism of the Three-Self Church and the CCP; would duly carry out campaigns against the xie jiao and support their repression; would worship in rented spaces with no religious signs outside. However, while respecting the additional conditions imposed by the public transcript, the megachurches crossed the three main unwritten red lines. They were obviously growing. They networked among themselves, and some even established something called China Urban Churches Pastor Fellowship, a national organization and a potential rival of the Three-Self Church. And their pastors were invited to international Evangelical gatherings such as the Lausanne Congress 2010 in South Africa (although eventually, they couldn’t go there, because the Chinese authorities blocked their passports), to which, to add insult to injury, the Three-Self Church was not invited.

Remarkably, the megachurches survived for some years, according to Vala mostly because they had rich and influential members with extensive guanxi. However, those who believed that this tolerance would last forever were mistaken. In 2009, the CCP cracked down on two of the most famous urban megachurches, Shanghai Wanbang (All Nations) Missionary Church and Beijing Shouwang Church. The Shanghai Church was liquidated in a few weeks, while Shouwang organized a sustained resistance, gathered outdoor when it could no longer rent premises for worshiping, launched Web sites to inform the world of its situation, and survived for several years, although its pastors and members were repeatedly arrested. A good part of the book is devoted to the question of why Wanbang was not able to organize the same resistance than Shouwang, and one of the answers is that there are more foreign correspondents and international observers in Beijing than in Shanghai, making the CCP more reluctant to organize visible crackdowns on religion in Beijing, which would be reported in foreign media. Additionally, the pastors in Beijing were more politically astute. In the end, however, they also had to succumb.

The rise of the megachurches created a crisis in the public transcript the CCP, the Three-Self Church and some house churches had tacitly negotiated in the late 20th century. Some hoped that, since the megachurches did not criticize the CCP and the Three-Self Church, applauded the eradication of the xie jiao, and at least some of their pastors were willing to act as informant to the police, CCP bureaucrats would conclude that they had nothing to fear from the house churches and adopt a more open attitude. At the time of his writing (2017), Vala cautioned that national federations or contacts with foreign organizations would at any rate not be tolerated, but regarded different scenarios as possible for the future. However, after Vala wrote his book, and while it was being published, other urban megachurches were liquidated, and it became apparent that Xi Jinping’s religious policy had the aim of compelling all house churches to join the Three Self organization. Vala also noted that the CCP regards religion as a root cause of the fall of the Soviet Union and other Communist regimes in the 20th century, and believes religion should be strictly controlled and limited to prevent Communist China from following the same fate. All these factors do not augur well for the future of house churches in China.