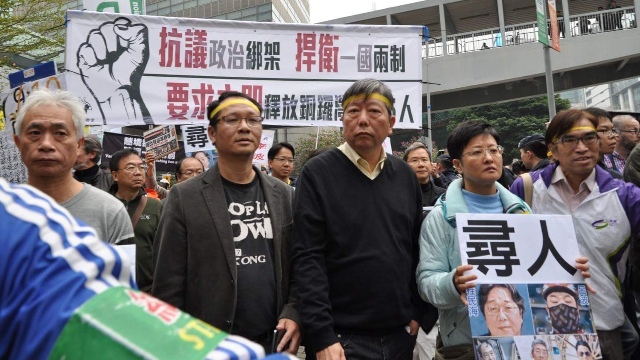 On Friday, November 29, Hong Kong will land in Milan, Italy. In the year of the 30th anniversary of the Tiananmen Square massacre, and during the protest in Hong Kong, Tempi magazine will host a lecture-testimony by Mr. Lee Cheuk-yan and Father Gianni Criveller of the Pontifical Institute for Foreign Missions (PIME), a Roman Catholic missionary who has served in China for almost 30 years and is now the principal of the International Theological Seminary in Monza, Italy. The title of the event is Freedom is my Motherland: From Tiananmen Square to Hong Kong.

Mr. Lee is himself a survivor of Tiananmen. Born in Shanghai in 1957, he is a trade union leader and General Secretary of the Hong Kong Confederation of Trade Unions, as well as former chairman of the Hong Kong Alliance in Support of Patriotic Democratic Movements in China. From 1995 to 2016, he served as Legislative Councilor of Hong Kong. In December 2011, he founded, with three other legislative councilors, the Labour Party of Hong Kong, which later became the third largest party in the pan-democratic camp, serving as its chairman until December 2015.

Mr. Lee was not supposed to come in Italy. Tempi had in fact invited Mr. Albert Ho Chun-yan, a solicitor and the current chairman of the Hong Kong Alliance in Support of Patriotic Democratic Movements in China, as well as the former chairman of the Democratic Party, which also belongs to the anti-establishment camp, from 2006 to 2012. Mr. Ho is also a former Hong Kong Legislative Councilor, and has been the managing director of the June 4th Museum, which commemorates the 1989 Tiananmen massacre. But Mr. Ho has been attacked on November 19 and severely beaten by a group of unknown thugs in Hong Kong, and was thus not able to fly to Italy. Already attacked and beaten in 2006, last summer the CCP labelled Ho, with others, a “modern-day Chinese traitor.”

In the wake of the landslide victory of the democratic forces in the recent Hong Kong elections, Bitter Winter has interviewed Mr. Lee upon his visit to Italy. 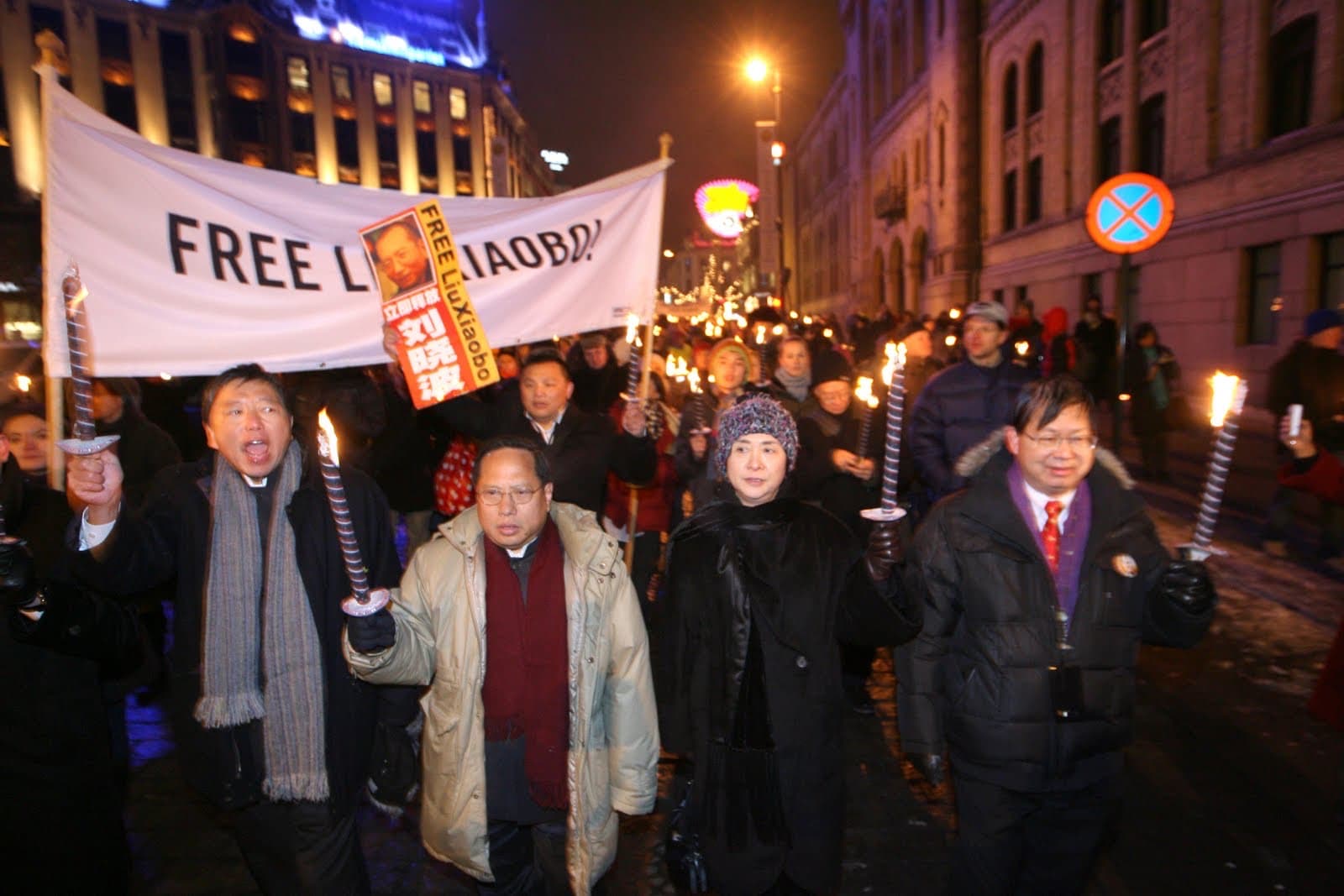 You were in Tiananmen Square 30 year ago. You survived Tiananmen. Can you tell us your experience? How did you escape and survive? What did you see? What was the reaction to Tiananmen in Hong Kong?

In Hong Kong, in 1989, there was a huge movement of support for the democratic effort in China. The Hong Kong Alliance in Support of the Patriotic Democratic Movement in China was formed to organize protest and campaigns. At the time, there was the one million march to support democracy in China, and the HK Alliance raised about 22 million HK dollars to support the movement. I was chosen as the leader of a delegation to bring a one million dollars donation to Beijing. I visited the students, workers, and intellectuals in Tiananmen Square after I arrived there on May 30, 1989. On June 4, I was told to leave Tiananmen Square when the army was storming it. I went to Beijing Hotel to look onto Chang An Street. Dead and injured bodies were carried across the street. It was the darkest hour in my life, when all hope for a democratic China was crushed. On June 5, we chartered a flight for journalists and Hong Kong students and activists to leave Beijing and tell the world what had happened. I boarded the plane but was forced to leave it, when security personnel got on board to arrest me. I was detained for three days and was allowed to leave only after signing a confession letter. I believed I was able to leave because of the huge protest in my favor in Hong Kong. Ever since, I dedicated my life to support democracy in China, and had been with the Alliance for the past thirty years.

Scholars have documented how the CCP became convinced that religion had been the single most critical factor in mobilizing the masses against the Communist Parties in several Eastern European countries, eventually causing the fall of the Soviet Empire. Literature on this theory became mandatory reading for all cadres at the Central CCP School. Today President Xi Jinping still acts on its basis. This is why he fights religions so harshly. Bitter Winter also released a documentary on this theory. What is your take on that?

After Tiananmen Square, the CCP launched a huge propaganda campaign accusing any call for democracy to be an effort to break up China. In doing this, it pointed to the collapse of the Soviet Union as an example. The Communist Party is afraid of any alternative ideology or religion, other than its own brand of nationalism. They banned Falun Gong, persecuted house churches, suppressed Uyghurs and Tibetans, and tried to control the Catholic Church and its choice of bishops. The bishops who defied the regime were imprisoned for many years. In this struggle, I believe it is totally nonsensical for the Vatican to try to reach any agreement with the CCP. The CCP is not just afraid of religion: it is also fearful of Marxists and Maoists, and dissolved and reformed many Marxist societies in the universities after their student members tried to help workers getting organized. The only ideology now present in China is to get rich and be happy. 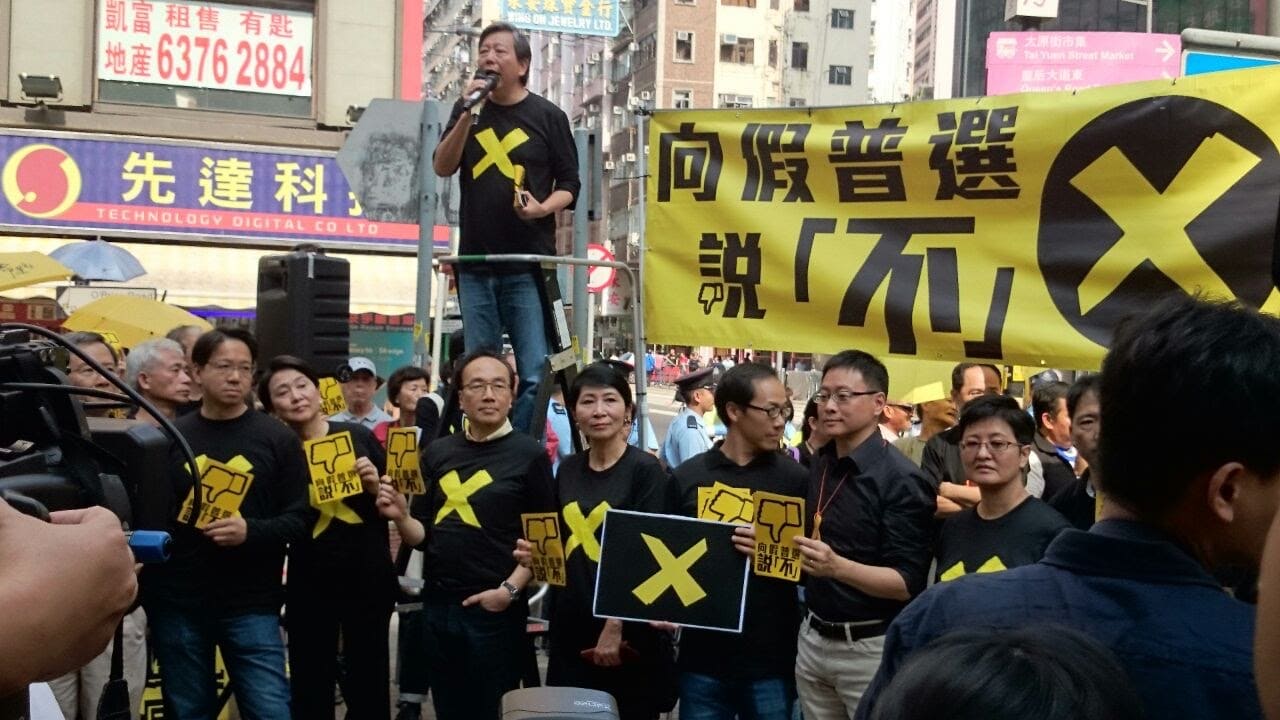 But they still call themselves Communist, and try to indoctrinate people to Communism, i.e. “Communism with Chinese characteristics,” which is the old Marxist ideology refashioned for the 21st century, with the addition of new evils they may have learned from the West, in the shape of new forms of materialism and tyranny. Many tend to regard the CCP as incorrigible. What do you think?

Yes, the CCP is incorrigible and that’s why we have to work for its downfall. The Soviet Union used to be incorrigible too, but it suddenly collapsed. June 4 1989, the day of the Tiananmen Square massacre, was also the day of the first free elections in Poland. Who could think, in the 1980, that Solidarność’s Lech Wałęsa would have been later elected as the President of Poland in a free election? But the problem underlying this question is that for many, since the CCP is incorrigible, it is better to stand with the winner. However, the question is whether universal values still have a meaning.

You have served in the Hong Kong Legislative Council for years. How real has Hong Kong’s “independence” been so far?

In the past 22 years, since the handover of the former British colony from the UK to China in 1997, there have been no advances in democracy, as was promised under the Basic Law. We are stuck in a system where the Chief Executive is elected half by business groups and professional elites, most of them pro-Beijing, and only half by the general population. Under such an unfair system with both the administration and the Legislative Council controlled by Beijing through their cronies, the Special Region was not able to implement social changes for the underprivileged and working people, nor to resist interference from China. We had to turn to organizing protest movements for changes and resisting Beijing’s interferences. The fight for democracy was further frustrated by China in 2014, when the CCP National People’s Congress (the highest body within the party) tried to intervene into our democratic reform process, deciding that candidates for the popular election of the Chief Executive should be vetted by a pro-Beijing Committee. This meant that Hong Kong citizens could choose their political representatives only among candidates pre-approved by the CCP. Luckily, the Legislative Council rejected the proposal: we in fact needed only one third of votes to block it.

Does the victory of the pan-democratic camp in the election of November 24 change the situation?

That is a big boost for the protest movement, since elections were seen as a referendum on the Chief Executive, Ms. Carrie Lam Cheng Yuet-ngor, and police brutalities. But in terms of political power, the District Councils only serve as consultative bodies at the district level. Still, it is an important power base for civil society. The protest movement will continue, since the demand for justice for all in face of police violence had not been met yet. Not to mention the even more remote possibility of real democratic reform. 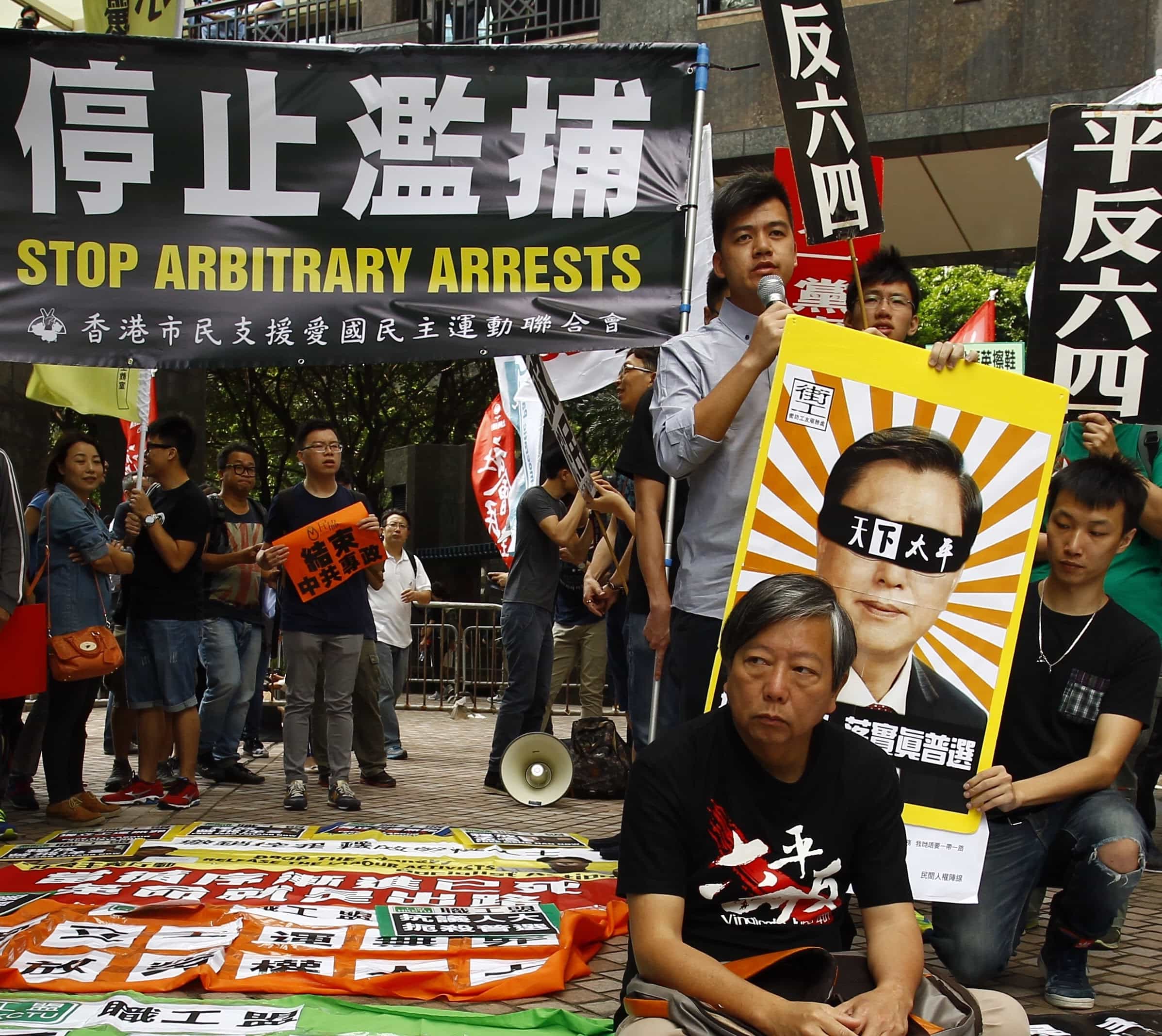 In September 2020, Honk Kong will elect the new Legislative Council (LegCo). Will that be the real turning point?

There are no possibilities of substantial changes in the composition of the LegCo, since the popular vote is not the only factor determining the outcome, and there is limited room for improvement in the vote by the business and professional sectors.

It will then be important to see what happens in the next weeks. The CCP can’t simply let Hong Kong go, bowing to protesters, and protesters do not seem willing to stop…

The people of Hong Kong are in the frontline defending freedom and democratic values, that is to say the universal values embraced by the democratic world. Our fight is also your fight. It angers me when Europeans leaders talk only about trade with China, and human rights remains only a fringe issue. When money trumps values, the West appears hypocritical and Xi Jinping’s authoritarianism wins.