A member of The Church of Almighty God recounts torture and indoctrination at the hands of Chinese authorities after she was arrested at the age of 21. 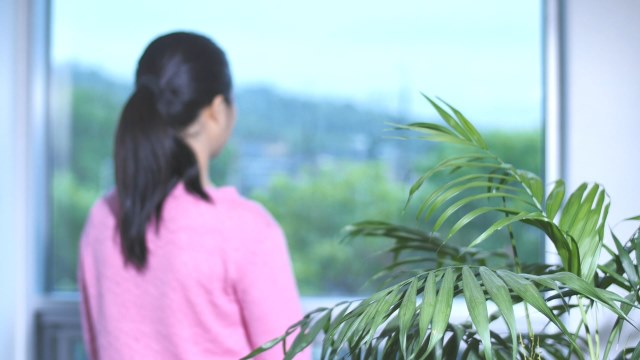 I’m a member of The Church of Almighty God (CAG). In the fall of 2014, when I was 21-years-old, I was arrested while sharing the gospel. What happened after that was like a nightmare, which to this day remains vivid in my memory. Sleep deprivation, squatting on a stool, sexual humiliation – this is what the Chinese Communist Party (CCP) does to CAG members, forcing them to sell out their fellow believers and renounce their faith. I have suffered through four years of such torture.

Months of indoctrination at a secret base

After the arrest, I was locked up in a hotel, which the CCP used as a secret mandatory indoctrination base. While there, the police forced me to watch blasphemous videos and constantly talked in the way that slandered and vilified The Church of Almighty God.

I still hadn’t signed the statement of repentance after a week of detention. As a punishment, the police forced me to stand up and didn’t let me sleep for three days and three nights in a row. As soon as I closed my eyes, an officer would viciously hit me in the head and face with a book, leaving my nose bloody and my face swollen. It felt unbearable to continue standing; I was so sleepy that I couldn’t even hold my head – it would continuously knock against the wall. A female officer complained that my noises were disturbing her sleep, so she struck me hard with a stick. One time, she was hitting me for half an hour, leaving my buttocks sore and swollen.

After more than four months of mandatory indoctrination, I hadn’t been “transformed,” so I was transferred to a detention house.

Sentenced to be tortured

At the end of 2015, I was sentenced to four years in prison for “organizing and using a xie jiao organization to undermine law enforcement.”

In August 2016, hoping to force me to abandon my faith, two “teachers” (personnel specially assigned by the authorities to perform “ideological conversion” on religious prisoners of conscience) were assigned to work with me through indoctrination. One female police officer and seven prisoners were assigned to monitor me.

Every day during “class,” I was required to sit in front of the teacher who would strike me on the head with his hand whenever I didn’t accept his point of view, two prisoners holding me in place from behind. Each blow was so hard that the pain left me numb. Since then, the back of my head often feels very heavy.

To prevent me from falling asleep, guards instructed prisoners to pinch my arms and thighs forcefully. Every night, they kept making blasphemous remarks, hoping that I would have a nervous breakdown. I was worried that I would be caught in their trap, so I kept praying in silence. I was afraid to leave God even for a moment. For an entire month, I hardly got any sleep at all.

I was also forced to squat on a small stool for a long time. I was often so sleepy that I would fall off; one night, more than 100 times. I was tormented to the point that I fell into a trance and my vision became blurry. After falling from the stool, I couldn’t find it again, so the prisoners viciously kicked me in the groin, leaving it bruised and swollen; even urinating was painful and hard to endure.

Under the connivance of the prison guards, prisoners wantonly tormented and humiliated me. On two occasion, they wouldn’t let me use the washroom for several days in a row, forcing me to urinate and defecate in my pants, filling the room with an overwhelming stench. Prisoners surrounded me, watching and humiliating me, and even held me down and rolled me around in urine and feces. I felt mortified and degraded but was powerless to resist. This torture continued for four days each time. By the time I was finally allowed to take a shower, my buttocks were covered in red sores.

Prisoners would also use their long, sharp fingernails to pierce under my nails. My fingers were often impaled to the point that they dripped with blood, leaving me in unbearable pain.

Besides, guards ordered prisoners to let me only eat a few bites of each meal. I was so hungry that I even vomited when drinking water. I became so thin – just skin and bones. To humiliate me more, prisoners sometimes forced me to do exercises, such as martial-art squats or running on the spot, and would hit me if I disobeyed.

Prisoners were instructed to drag me into the washroom and plunge my head into a bucket filled with water. I couldn’t breathe and kept struggling. They held my head down in the water several times, then lifted the bucket and poured all the water over my face. I practically stopped breathing and felt like I was going to die. All I could do was keep praying in my heart.

Though it brings me a lot of pain, I want to share my most humiliating and degrading experience. Twice during indoctrination “classes,” when I refused to renounce my faith, a female officer ordered prisoners to grab me by force and strip off my clothes. When they started touching my genitalia, I was in extreme agony but couldn’t stop them from violating me. I kept repeating to myself, “These aren’t even people. They’re beasts and monsters.”

Released but not free

More than seven months of brutal torture and intense indoctrination left me physically and mentally devastated. Having been deprived of sufficient food and sleep for over a month, I became extremely frail: At times, I was unable to speak, would suddenly lose vision or faint. It happened often. But guards would not allow me to receive treatment, saying that I was doing it on purpose. They even dipped a rag in chili pepper and rubbed my face with it; the spice was so strong that I couldn’t open my eyes.

In November 2018, I was finally released from this devilish prison, but my nightmare didn’t end. The CCP still hasn’t eased up its surveillance on me: I am required that I report to the police station once every three months for five years.

As a result of the CCP’s brutal physical and mental torture, I lost over 15 kilograms. I suffer from frequent headaches and often feel exhausted all over. I often have cramps in my hands and cannot lift heavy objects.

According to the “2018 Annual Report on the Chinese Communist Government’s Persecution of The Church of Almighty God” (reviewed by Bitter Winter), nearly 700 members of the Church have been tortured and undergone mandatory indoctrination last year, at least 20 have been persecuted to death. Among them, seven died in legal education centers.