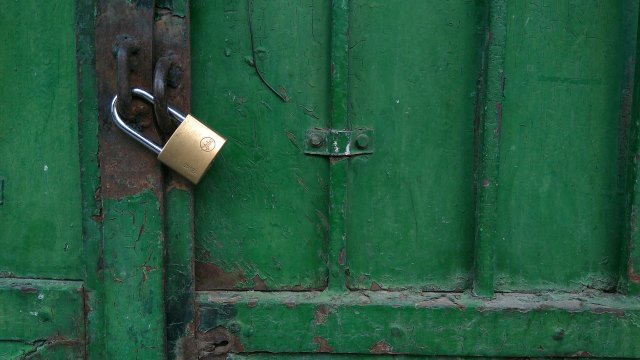 From August to October of this year, more than ten house churches were closed by authorities in Daqing city, in the northeastern province of Heilongjiang. As a result, hundreds of believers have lost their place of worship.

Each house church suppression displays a common, disturbing pattern. However, each story is unique, and deserves to be told.

Take, for example, the house church in Wuhu new district of the Xincun high-tech development zone, which has served its faith community for 20 years. On August 17, the church was closed after the police arrested the preacher and forced the landlord to stop renting out the meeting venue. The believers were forced to divide themselves into smaller groups to hold gatherings after the closure.

In early October, authorities in Ranghulu district began hanging banners calling for the elimination of house churches. On streets and alleys of all sizes, anti-religious slogans were posted. Communities and subdistricts put out repeated warnings that fines of 5,000 to 10,000 RMB (about 714 to 1428 USD) would be levied on private religious gatherings. The members of two meeting places in Ranghulu district were forced to divide into groups and hold smaller gatherings with three to four people, instead of meeting together as a community. The believers lamented that they feel they have become a “cell group” rather than a complete community. The frequency of meetings also dropped from twice a week to once a week.

A fourth house church meeting place, in the high-tech development zone, suffered even greater losses. Due to police harassment and raids, this meeting place—which the believers had spent 800,000 RMB (about 114,000 USD) to purchase—now sits idle. Nearly 100 believers have no place to meet.

The stories already told are depressing to those who value freedom of religion and free assembly. Unfortunately, these stories are just the beginning.

A meeting place with a high price tag and posh location was not immune from suppression. Believers from one community had spent 4.5 million RMB (about 643,000 USD) to purchase a space of nearly 500 square meters located on the 14th floor of Wanda Office Building in Daqing city. Nevertheless, that meeting place was shut down, leaving over 100 congregants, and about 50 children in Sunday School, without a spiritual home.

In August, the church had organized a summer camp at a hotel in the city. Nearly 100 people participated in the camp, including students from primary and middle schools as well as university students. During the camp, police stormed into the hotel and arrested several university students. The city’s mayor and the director of the municipal Religious Affairs Bureau participated directly in shutting down the summer camp and Sunday School.

After the camp had been closed, believers found two surveillance cameras in the church lobby. They also discovered that the lock on the door had been tampered with. Eventually, the community was forced to abandon this meeting place—which they had spent a huge sum of money to purchase—and hold smaller, scattered gatherings instead.

Christian believers do not lose their faith, however, when their meeting places are suppressed. On the contrary, many find special meaning in the sacrifices they face. For example, another house church in Daqing city’s Sartu district was forced to divide its 50 members into groups of five and hold small gatherings. However, the believers still persisted in holding one large gathering each month, and for security reasons, they chose to meet at a remote pig farm.

For some, the pig farm is a blessing in disguise. Although these gatherings are accompanied by an unpleasant odor, one believer told our reporter: “On the surface, it seems that we, house churches, suffer the worst persecution. Actually, the most miserable of all are the Three-Self churches. They are forced to raise the national flag, sing the national anthem, worship idols, obey the government, and go against the word of God. They are more miserable in their hearts. For us, although the surroundings are worse and are sometimes more dangerous, we feel a sense of spiritual peace.”