With surveillance cameras watching donation boxes and mandatory deposits of donations in state accounts, the noose tightens around church activities. 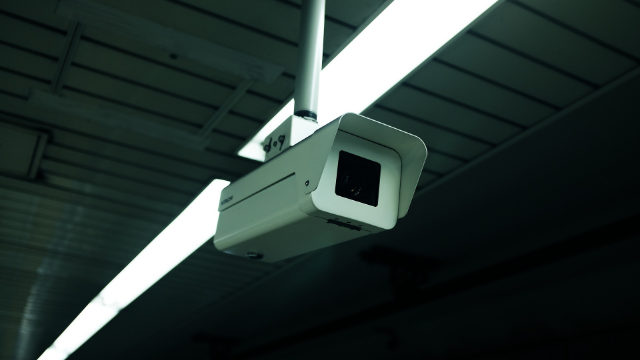 Local governments across China are increasing their control over church finances. From surveillance of donation boxes to restrictions on spending to the outright seizure of funds, the state is showing who is in control of the church.

A Protestant Three-Self church in Qingyuan county under the jurisdiction of Zhejiang Province’s Lishui city south of Shanghai has been outfitted with ten high-definition surveillance cameras. These cameras are aimed at the pulpit, the donation box, the meeting room, and the church entrance, closely monitoring every move of the believers.

Believers in the northern Heilongjiang province and other regions have also reported that the government has installed surveillance cameras at the podium, the donation box, and the entrance of the Three-Self church to which they belong.

“Of course, it is obvious why [the surveillance cameras] are aimed at the podium: to monitor the content of sermons,” said one Three-Self church preacher. “The cameras at the entrance are for monitoring believers. The cameras aimed at the donation box are to control the church’s finances.”

Venues, personnel, activities, and finances are the four key areas of religious life that the government has focused on controlling since the new Regulations on Religious Affairs came into effect in February 2018. The strict control of church finances frequently appears in many internal documents and meetings of the government as one of the primary methods to control the church.

In June of 2018, at a working meeting organized by the Municipal Bureau of Religious Affairs of the northeastern Liaoning province’s Dandong city, government officials issued new orders to the leaders of religious venues. Authorities demanded that the managers must appoint dedicated financial management personnel. All donation money must be deposited in a special bank account that will be supervised and managed by the government. They also demanded that donation money can only be used within the specified operational scope and that the acceptance of foreign funding and donations is prohibited. In addition, financial income and expenditures, usage, donations, and budgets must be reported to the religious administration department.

The person in charge of one Three-Self church in the northeastern Jilin Province said, “Now, the government is demanding that all donation money be deposited at a designated bank. Even when repairing a window, the church has to go to the Religious Affairs Bureau to submit an expense report and apply for permission. The church can only use this money after receiving approval from the Religious Affairs Bureau.”

The leader of a Three-Self church in Henan Province’s Yongcheng city in central China reported that the local Religious Affairs Bureau convened a meeting recently for all the persons in charge of local Three-Self churches. The Bureau demanded that the money in donation boxes be separated by the value of the banknotes and coins (such as 1 yuan, 5 yuan, and 10 yuan), and the number of bills of each denomination must be counted. The name of the person who counted the money must be written on the report, and it must be affixed with the church’s stamp. The money must then be deposited into a bank account, and the bank account must be placed under the oversight and management of the local Religious Affairs Bureau. He added, “Now, every month, our church must pay 300 RMB (about $45) to the government. In addition, we must pay a sanitation inspection fee, account reporting fee, and so on. There wasn’t much donation money, to begin with, and our burden is getting heavier, but there is nothing we can do about it. This is the policy. If we don’t pay these fees, the church will be closed down.”

At the same time that Chinese Communist Party (CCP) authorities are strictly controlling the finances of Three-Self churches, they are also seizing house church donations and restricting believers from giving donations on the grounds of “illegal fund-raising.”

Last year, the National Security Brigade repeatedly threatened the pastor of a house church in Jiangsu’s Kunshan city, asserting that having a donation box represents the serious crime of “illegal fund-raising.” Under pressure, the pastor had to replace the relatively conspicuous donation box with a donation bag. In the end, however, this house church was still unable to escape the fate of being closed down.

In May 2018, the accountant from the village committee under the administration of Anhui Province convened a meeting of some local Christians belonging to house churches and demanded that they join the Three-Self Church. The accountant also emphasized that the house church’s donation box must be smashed. Otherwise, if it is discovered during an inspection, there will be serious consequences.

After attending a meeting held by government departments to study religious policies, a member of a house church in Liaoning Province told reporters that government personnel mainly emphasized that all the house church meeting venues must be shut down, and especially, there are three things that must not appear: the cross, the podium, and the donation box.

Regarding the strict control of funds by the authorities, one Three-Self church preacher said, “Once the church’s finances are controlled, our various gospel projects and things like the church’s visitation ministry are directly restricted. The government is utilizing its control over church finances to achieve the goal of restricting the church’s development.”

Reported by Lin Yijiang and An Xin