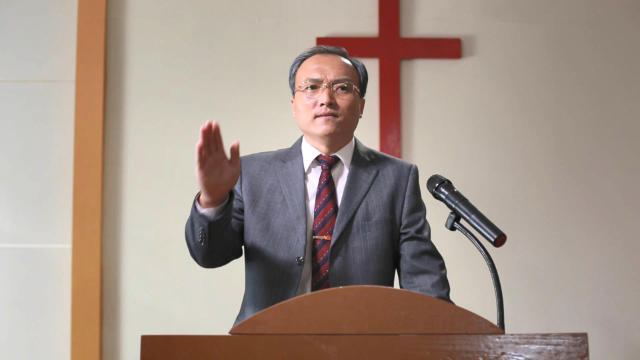 Pastors from Three-Self churches are being reviewed for their loyalty to the party and removed for small signs of resistance.

The clergy of the state-controlled Three-Self Church is facing restructuring in China. If a minister does not show sufficient zeal for the Chinese Communist Party (CCP)’s regulations or questions the Party’s policies, they will be removed from their leadership position. In some cases, atheist Party members are being appointed as the new leaders of churches.

Bitter Winter received a copy of a list issued at the end of 2018 by the Committee of the Three-Self Patriotic Movement of the Protestant Churches of Jilin Province. The list, titled 2018 List of Clerical Personnel in Jilin Province Who Have Been Revoked of Their Religious Duties by the Protestant Lianghui, shows that 119 clergy members had their clerical duties revoked for “not possessing or losing clerical qualifications.” In Changchun city (the capital of Jilin Province) alone, 24 clergy members were stripped of their qualifications.

The Lianghui, sometimes translated as “two organizations” or “two councils,” refers to the China Christian Council (CCC) and the Committee of the Three-Self Patriotic Movement (TSPM), the two organizations governing the registered Protestant churches in China.

The source also warned that, in the future, it would be increasingly difficult for believers to receive approval when seeking licenses to be clergy members.

The situation in Henan Province is even worse. According to the pastor of a Three-Self church in Xiayi county, leaders of Religious Affairs Bureau announced in December that about 170 clergy members in the county have had their qualifications revoked.

The purge of clergy members has been underway in some parts of Henan Province since last year. As Bitter Winter has previously reported, the authorities of Henan’s Xihua county are evaluating preachers based on their “political leanings, the observance of laws and discipline, and legal compliance in hosting religious activities.” This “political evaluation” has reduced the total number of preachers by 162.

According to cases reported to Bitter Winter, the Henan authorities assess clergy based on how loyal to the CCP government they are. If a pastor is somewhat lax in implementing religious policy, they could be dismissed from their position.

In May 2018, government officials from Weibin district, of Henan’s Xinxiang city, arrived at Zhuzhao Gospel Church for an inspection. They noticed that a propaganda board containing the Regulations on Religious Affairs had fallen to the ground, and questioned the church’s leader, Zhang Wei. Mr. Zhang explained that the wind had knocked it to the ground, and that he would put it back up when he had time. Officials characterized Mr. Zhang’s attitude as “negligence” and demanded that he immediately fix the board.

Afterward, a government official asked about the number of people attending the church. Mr. Zhang said that the turnover of attendees is rapid and the exact number of congregants is unclear. The government official shouted angrily, “What kind of attitude is that? Call the officials in your village and other people in charge of the church!”

A few days later, the local CCC/TSPM officially announced that Zhang Wei had been removed from his post.

On September 18, 2018, an elder at a Three-Self church in Yuanhui district in Henan’s Luohe city, was asked to go to the local Religious Affairs Bureau. Personnel from the Bureau and the National Security Brigade played a video showing the elder praying. Among other things, he was praying that Sunday school will be restored, and he mentions in the prayer that he disapproves of the national flag and the national anthem used inside the church. The officials labeled the elder’s prayer as anti-Party and anti-socialist. As a result, he was forbidden from preaching, and his preaching certificate was confiscated.

In December 2018, the leader of Tian’en Church, a Three-Self church in Liuzhai town, in Henan’s Xinmi city, was removed from his post for organizing believers to observe Christmas.

In contrast to the pastors who have been removed, the CCP demonstrates the qualities it is looking for in a church leader by its new appointments. For example, the pastor of a Three-Self church in Hebei Province’s Handan city told Bitter Winter that a village Party secretary – an atheist Party member – has been appointed to oversee the church together with the pastor by the local Religious Affairs Bureau.

After dismissing Three-Self church preachers, the government continues to monitor them to ensure they do not organize private religious gatherings. If they do so after their licenses have been revoked, they are considered to be engaged in illegal activities and are subject to arrest and fines.

Last August, the authorities shut down the Liuzaoyuan Three-Self Church, located in Xiayi county, and in December, the county’s Ethnic and Religious Affairs Committee confiscated the preaching certificate of one of the church’s leaders. Officials informed her that if they discover her giving a sermon at a private gathering, she will be fined 10,000 RMB (about $1,430).