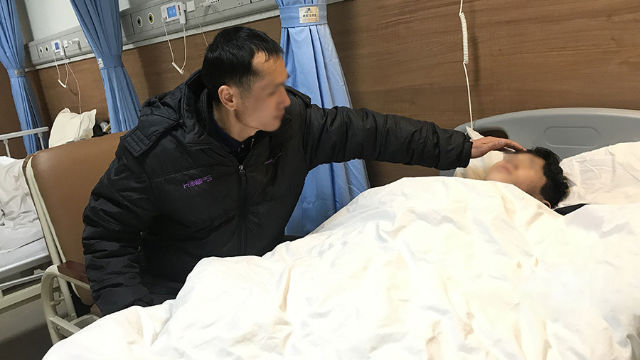 In China, bystanders are arrested, beaten, investigated for years for daring to document violence committed by police. Why do CCP authorities fear oversight?

In August 2014, Li Xiangyang and many other bystanders in Ningbo city in eastern China’s Zhejiang Province witnessed a brutal police assault on demonstrators. Many people took out their cellphones and filmed the violence, but the police shouted at them to stop recording and confiscated their phones. Mr. Li managed to take a few photos and later posted them, as well as videos taken by others, on WeChat and other online platforms.

Mr. Li never expected that this action would be the start of his troubles.

A few days later, three police officers arrived at Mr. Li’s home and escorted him to a local police station. They interrogated him about forwarding the videos and claimed that these posts were “evidence” enough to imprison him for two or three years. Under repeated threats, he was forced to sign sworn testimony saying “I don’t admit that the police beat people” and provide a written statement promising that he would not forward any similar videos in the future.

Afterward, the police collected Mr. Li’s fingerprints, blood samples, and other information, and characterized his actions as “disturbing public order.”

As a result, Li Xiangyang acquired a criminal record. The sanctions that he received for his actions have continued to this day. For example, in March 2018, Mr. Li was asked to show his ID card at a random police checkpoint in a subway station. Upon scanning his ID card, police officers noticed that he had an arrest record. Only after being questioned was he allowed to take the subway. In June, he was subjected to similar questioning once again.

In another instance, Wang Ming, a 15-year-old student from Heze city, in eastern China’s Shandong Province, was driven to school by his uncle in October 2018. On the way, they witnessed a building being demolished, while over 50 law enforcement officers armed with batons and dressed in black uniforms secured the site. Government officials were also present, and a remote-controlled aerial drone hovered in the sky and filmed the scene.

Wang’s uncle took out his cellphone to film what was happening, but more than ten officers surrounded the car and dragged him to a building on the side of the road. Wang started to protest, but he, too, was taken away into a dark room inside the building. Officers beat him for about five minutes using bricks and stools, threatening him not to reveal the incident to others and forcing him to sign a statement guaranteeing his silence.

Afterward, the police escorted Wang to a local police station and held him until the afternoon. When he was released, his clothes were torn, and there were purplish-black marks on his back. After an examination at the hospital, it was determined that he had suffered three fractures to his ribs and fractures to the transverse process of his lumbar vertebrae. He was unable to get out of bed for a month, and his medical expenses totaled nearly 10,000 RMB (about $1,429). His studies were also delayed as a result.

In the summer of 2016, numerous incidents of police brutality have been recorded in mainland China. In particular, a heated debate was caused by the case of Lei Yang, and another example of two university students who were bloodily assaulted for refusing to hand over videos of police brutality. The local Public Security Bureau in Pingchang county, in Sichuan Province’s Bazhong city, asserted that “malicious filming” of law enforcement by citizens constitutes an illegal act, a claim that elicited international condemnation.

Pressured by public opinion, in July 2016, China’s Ministry of Public Security conducted a training session on dealing with civilian video recording, ordering that law enforcement officers get used to crowds watching and recording them. This was widely criticized at the time by some who thought it didn’t go far enough: They argued that the lack of oversight of the Chinese Communist Party must be blamed on the whole political system, not merely some regulation of video recording. As critics expected, the ordinance introduced at the time proved worthless in allowing citizens to provide oversight of the police.

Observers believe that, in the context in which the CCP’s dictatorship and ‘maintaining stability’ come first, the authorities will never allow the government’s actions to be subject to extensive oversight by the masses. On the contrary, they have proactively increased the censorship of the Internet and news media. This is a “warning by example,” so that the masses become increasingly timid and are enslaved.