Human Rights Without Frontiers (HRWF) has been working to investigate and track the stories of the Church of Almighty God (CAG) members over the past months. Closely following the cases of arrest, torture, and asylum processes, HRWF has been able to create a profile of the CAG’s persecution in numbers.

What has been discovered through these statistics is that:

HRWF has collected information in its FoRB and Blasphemy Prisoner Database about the cases of over 500 CAG members who are currently imprisoned in China. In the majority of cases, the members have been arrested on charges of ‘endangering the social stability’, ‘subverting the government’ and undermining state security or law enforcement by use of a ‘xie jiao’ [evil cult] organization. Many face long prison sentences, and a number of CAG members have received sentences of over ten years.

Furthermore, testimonies from those imprisoned have painted a grim image of their treatment in Chinese prisons. HRWF has received and reviewed testimonies related to thirty current and former prisoners. Of these thirty, twenty-one have reported severe torture, and four CAG members have died as a result of torture.

Concluding trends from these testimonies reveal that the following are common torture tactics used against CAG members in Chinese prisons:

As a result of mass arrests and grotesque stories of frequent and severe torture in Chinese prisons, many members have sought asylum abroad.

CAG Members and the search for asylum 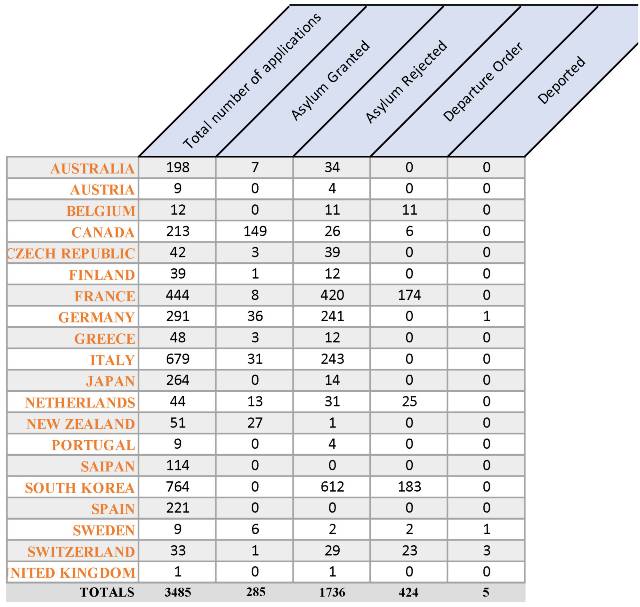 In addition, several hundred CAG members are seeking asylum in the US. Most cases are pending, although in five cases asylum has been granted. Since in the U.S. CAG refugees tend to hire attorneys individually, rather than coordinating with the Church, statistics are not included in the table. 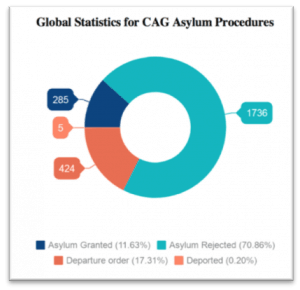 Many members of the Church of Almighty God have escaped China in search of asylum elsewhere. The most recent statistics HRWF has gathered show that the majority of CAG members have sought asylum in South Korea, Italy, France, Germany, Japan, Spain, and Canada.

As the statistics show, Canada has been the largest granter of Asylum to CAG members, followed by Germany and Italy. On the other hand, South Korea and France have rejected the most asylum requests and have issued the most departure orders.

Most concerning is that Switzerland has ordered three deportations, and Sweden and Germany each one. Giving departure orders and deporting CAG members back to China has proven a great risk, as human rights violations are an emanate fate for these individuals.

With a global rate of approximately 70% of asylum requests being denied to Church of Almighty God members, HRWF remains concerned with human rights violations that may occur if these individuals are deported back to China.

In looking at the numbers of CAG members who have received departure orders in South Korea, many of them have previously been arrested, investigated, or under surveillance of the CCP.

When paired with the rates of arrest and torture, it can be concluded that those who are denied asylum status and deported back to China face a high risk of arrest, detention, and torture.

Human Rights Without Frontiers urges countries to grant political asylum to members of the Church of Almighty God who have fled China in search of a safe haven. 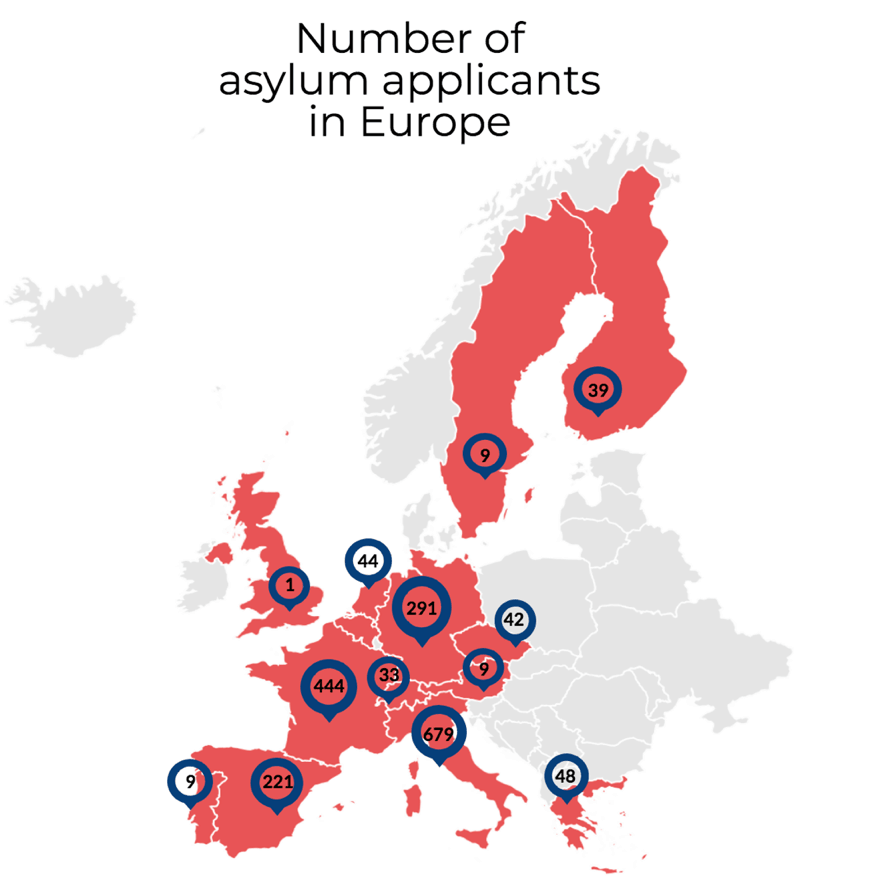