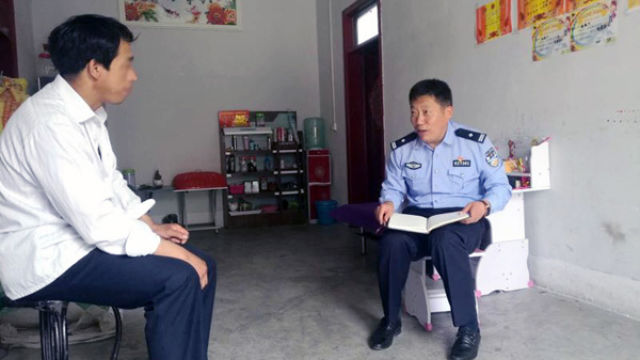 Police push the relatives of The Church of Almighty God members who have fled China to pressure believers to return, where they face arrest.

Many Christians in mainland China have fled overseas to seek asylum because of the Chinese Communist Party (CCP) authorities’ persecution and repression of religious believers. Many of these Christian exiles have found, however, that the persecution does not end when they leave the country, it simply is transferred to their families.

Bitter Winter has previously reported that in Hebei and Hunan provinces and elsewhere, the families of several Church of Almighty God (CAG) members who have fled to South Korea have been intimidated by the authorities. They have been asked to cooperate with the Chinese Communist Party’s (CCP) filming of the video “Searching for Relatives.” The authorities hope to use the video to coerce Christians applying for political asylum in South Korea to return to China.

The personal stories of individual families help to make clear the dilemmas believers and their relatives face.

Liu Shuang, a 35-year-old member of the CAG, has fled China. This October, four or five police officers from Heilongjiang province came to her mother’s home under the pretense of conducting a household census. Officers did not, however, conduct a normal household survey; instead, they asked numerous questions about Liu Shuang’s travels overseas. In addition, the officials also found Ms. Liu’s husband, and pressured him to tell them about her religious status.

Sources report that, as early as 2015, the CCP issued a secret document, explicitly demanding that officials throughout China investigate CAG members who had left the country. One CCP insider revealed that Meng Jianzhu, Secretary of the Central Political and Legal Affairs Commission, instructed his officials to “establish a large database of overseas religious organizations and individuals, so that we can launch and regulate attacks with precision.”

The nature of the attacks ordered by Mr. Meng can be seen in examples such as that of Xiao Wanjun, a Christian from Qiqihar in Heilongjiang province.

This August, local government officials called Xiao Wanjun’s father and said: “Your daughter is overseas spreading the gospel. She is already under surveillance by the Ministry of State Security. We want her to come back now. As her parents, you and your wife must guarantee that she no longer believes in God.”

Since this phone call, Ms. Xiao’s mother has been filled with anxiety, fearing what persecution may come next. She knows that if her daughter were to come back to China, she would likely be arrested and sentenced like many other many Christians. Some of those imprisoned have not been heard from since. Xiao’s mother said worriedly: “I am afraid that if she is forced to come back, she will be tortured and beaten to half death!”

The family of Cheng Yikun, a Christian from another city of Heilongjiang province, suffered under similar pressure. This August, two staff members from the municipal religious association met with Ms. Cheng’s older sister to investigate the religious beliefs of the exiled sister. The elder Cheng was threatened, and told: “Your sister believes in Almighty God. The country opposes and forbids religious beliefs. Now, she is practicing her faith overseas. You must cooperate with us to get her to come back!” Cheng Yikun’s sister refused.

Stories of fearful and intimidated families abound across China. For example, in Anhui province in the east of China, numerous families report harassment after their Christian relatives escaped overseas. Li Hui, Wang Ming, and Zhang Yingying are all CAG members who fled to avoid arrest by the CCP police. Since July, all of their families have been visited by the police at their homes for questioning and harassment. The police threatened and intimidated the families in an effort to learn detailed information about the overseas Christians, causing their families to live in fear.

(All names used here are pseudonyms.)