Instead of using frequent Christian expressions of praise, believers must thank the Communist Party of China – or face dire consequences. 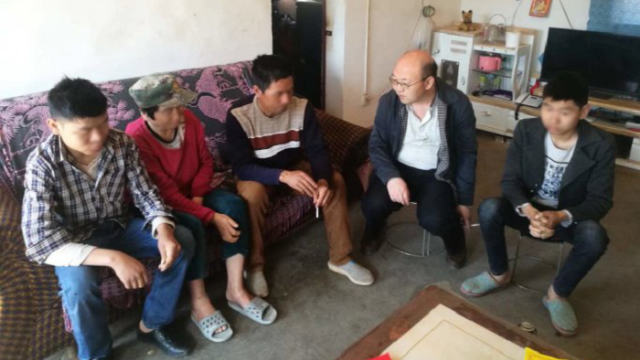 Wang Jialan, a 70-year-old Three-Self church member who lives in Yucheng city, in the central province of Henan, never expected the government would arrest her for saying, “Thank the Lord.” And yet, in March, it did.

The story goes like this: Wang Jialan doesn’t come from a wealthy village, so when she received a poverty alleviation payment, she exclaimed those three no-no words. In response to her thanking the Lord, the director of the poverty alleviation office, scolded her, saying: “This money was given by the government. It wasn’t given to you by the Lord. Why don’t you thank the government and thank [President] Xi Jinping?”

Then the director took Wang Jialan to the local police station where she was detained for four days. Wang Jialan’s family, worried that she couldn’t withstand such torment at her old age, used their connections to plead for mercy and spent the family’s entire savings of 3,000 RMB (or roughly $428) to get her released. Wang’s family was worried that she would be arrested again, so they reluctantly sent her to a relative’s home in southern China to hide.

A government worker in Henan province told Bitter Winter that earlier this year, while government leaders were attending a meeting to study the central government’s religious policies, some problems were pointed out, one of which was the “severe ideological problem” of people saying “Thank the Lord’ when receiving a subsistence allowance from the government.

As a result, correcting Christians’ “ideological problem” has become yet another task for low-level government officials.

In some places, Christians are even explicitly required to say “Thank the Party” after inspections by superiors. Ms. Zhao and her husband, from Henan Province, were threatened and arrested just for “answering incorrectly.”

In October, local government officials went from home to home to remove crosses and Christian pictures. When they saw that a picture of the cross in Zhao’s house had not been removed yet, a government official asked her sternly: “Who gives you your poverty alleviation payment?”

Without hesitation, Zhao replied: “Thank the Lord. My Lord gave it to me.”

The government official was furious. He loudly berated Zhao for having an “ideological problem” and told her she should be thanking the Party, not the Lord. He also said if she repeated it, her poverty alleviation would be revoked and a 500 RMB (about $73) fine would be imposed.

Zhao’s husband, on the other hand, condemned the government’s barbaric behavior on the spot and was arrested.

“The government is inspecting strictly and does not allow people to believe in the Lord,” the village secretary said a day after the incident with Zhao. “If someone in a poor family says ‘Thank the Lord’ again, their impoverished household status will be revoked.”

This isn’t uncommon. Since May, Bitter Winter has received information about nearly 100 similar incidents. Most of these incidents have occurred in the provinces of Henan and Anhui as well as in northeastern provinces of China.