“I have burned so many crosses. I betrayed God. What should I do?” These were the final words uttered by Wen Weiquan before he committed suicide. 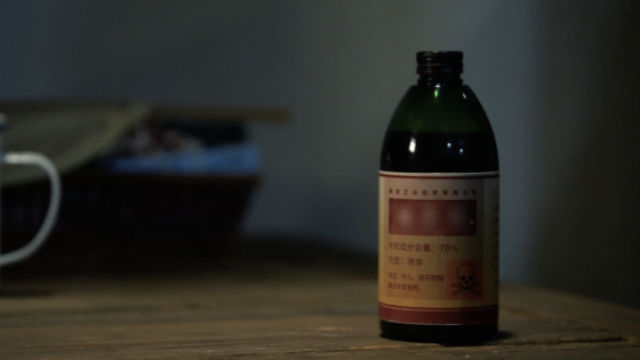 Wen Weiquan, who was in his seventies, was a house church Christian in Wufeng Tujia Autonomous County of central Hubei Province. Since he started believing in God in 1998, he had always supported the church and had traveled to various regions to share the gospel.

On February 18, 2019, while Wen Weiquan was sharing the gospel with a co-worker, both were arrested after being reported.

The police learned that Wen Weiquan suffered from severe heart disease and released him, fearing responsibility if Wen died in custody, but kept his co-worker in custody.

However, the police did not let Wen Weiquan off the hook just like that.

The following day, the chief of the local police station, accompanied by another officer, stormed into Wen’s home. The chief threatened him: “The state does not allow to believe in God. You must give us everything you have related to religion; otherwise, you will be arrested and imprisoned.”

Wen Weiquan handed over his Bible, an MP5 player, and numerous crosses that he used for sharing the gospel. Seeing the crosses, the chief berated him, “How many people are you planning to spread the gospel to? Hurry up and burn them!” Wen Weiquan trembled as he threw the crosses into a fire pit.

After the crosses were burned, the officers once again threatened to arrest and imprison Wen Weiquan if he continued believing in God and spreading the gospel. ”We are going to eradicate everyone who believes in God,” they added.

Wen Weiquan felt extreme agony and remorse. He kept repeating to himself, “I committed a mortal crime and betrayed God. What should I do?” The next morning, unable to endure the suffering, he ingested pesticide, which caused his death.

Wen Weiquan’s son went to the police station to seek an explanation, but the police station’s chief said: “When he ingested pesticide, he did this at his own home. We’re not responsible for that. Your father believed in God and was targeted by the state.” He also warned that if anyone in the family believes in God, their children and their grandchildren won’t be allowed to attend university or serve as public officials.

Out of fear for government to retaliate, Wen’s son abandoned his appeal.

To prevent complications, the police and village secretary stayed at Wen Weiquan’s home until his funeral on February 23.

The tragedy of Wen Weiquan is just one example of the CCP’s persecution of tens of millions of Christians. Bitter Winter previously reported that forcing believers to give up their faith, the CCP often makes them sign a “statement of repentance.” For many, the agony of such mental torment is no less than that of physical pain: some would rather be tortured and imprisoned than sign such a statement.