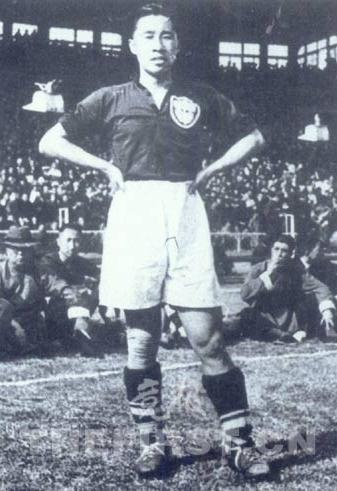 China is hoping to be part of the next soccer World Cup in 2022. But few remember soccer started in China within Christian churches.

Chinese of all ages watched the 2018 soccer World Cup, concluded in Russia on Sunday, July 15. The Chinese government invests significant money in soccer, and its aim is that the Chinese team may qualify for the next World Cup, scheduled for 2022 in Qatar.

When talking about Chinese soccer, the country’s mainstream government media rarely discuss its origins. And for a good reason: soccer was started in China by Christian churches. Chinasource reports, based on an article in Chinese published by Good News Today, that soccer in China had three main cradles.

The first was Tianjin, where the strongest among the early teams was organized at Tientsin Anglo-Chinese College, a Christian school that was once known as the Yangzheng Institute of the London Missionary Society. There, the legendary Eric Henry Liddell (1902-1945), taught football to the  Chinese Christian students. Liddell was a Scottish athlete who won the 400 meters race at the Paris Olympics in 1924. He would easily have won the 100 meters race too, but as a pious Christian, he refused to compete on Sunday when the final was scheduled. These incidents were later made into a movie, Chariots of Fire, which won the Academy Award for best picture in 1981. What the film did not discuss was Liddell’s return to China, where he had been born to Scottish missionary parents in 1902. He coached the Chinese track and field team at the Berlin Olympics of 1936 but also introduced soccer in Tianjin to several Chinese students who eventually became famous in that sport. At the Berlin Olympics, he also helped to coach a Chinese soccer team, which was honorably eliminated by losing 2-0 to Great Britain, Liddell’s own home country.

Not all the 1936 Chinese Olympic soccer players came from Tianjin. The Good News study also mentions Yuankeng, part of Changbu Town in Wuhua County, Guangdong, where Hong-Kong-born Li Huitang (also spelled Lee Wai-Tong, 1905-1979), one of the most famous players in Asia’s soccer history and one still remembered in China today, was first introduced to the game. The study claims that soccer was first introduced and taught in Yuankeng to local Christians by Swiss and German Protestant missionaries.

Even earlier, soccer had been taught in Shimenkan, Guizhou, to Christians predominantly from the Miao ethnic group, by another famous missionary, Samuel Pollard (1864-1915). Shimenkan’s soccer club, established in 1914, could be the oldest in China, and despite being remote and mountainous, the town remained a soccer capital for decades.

Christians started soccer in China, one of their many contributions to the country. Paradoxically, soccer is one of the less “sinicized” activities in China today, with many players in Chinese professional teams coming from abroad. It is useful to remember that it was mostly Christian athletes that led China to compete with honor in soccer in the 1936 Olympics.