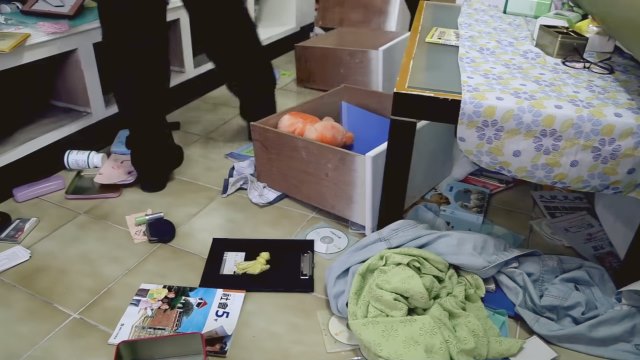 A married couple of believers was arrested in Jiangsu Province, their 13-year-old son questioned by the police.

At about 11 a.m. on June 21, officers from the police station in the city of Pizhou, Jiangsu Province burst into the home of a couple, who are members of The Church of Almighty God, a Chinese Christian new religious movement, and arrested both of them. Without showing any documentation, the police searched their home, turning it upside, even looking through the firewood piled outside the door. They ended up confiscating several books on faith in God, one computer, and 50,000 RMB in cash. The couple was taken away separately, one to the Pizhou police station, and the other to a hotel for interrogation. The Chinese police are known to use hotels for questioning of suspects in hotel rooms.

According to an informed source, when the couple was arrested, police officers instructed their neighbors to report about any strangers coming to the couple’s home, adding that they would be rewarded for a report from 5,000 to 10,000 RMB. Officers were also dispatched to the couple’s house to watch over it, hoping to arrest more members of the Church.

That day, the couple’s 13-year-old son went home after school, unbeknownst of his parents’ arrest. As soon as he entered the home, the officers who stayed behind forcibly took him to the local police station for questioning. They tried to obtain more evidence of his parents’ faith and extract information about The Church of Almighty God. Police did not succeed in getting any information from the boy, so they sent him home the same day.