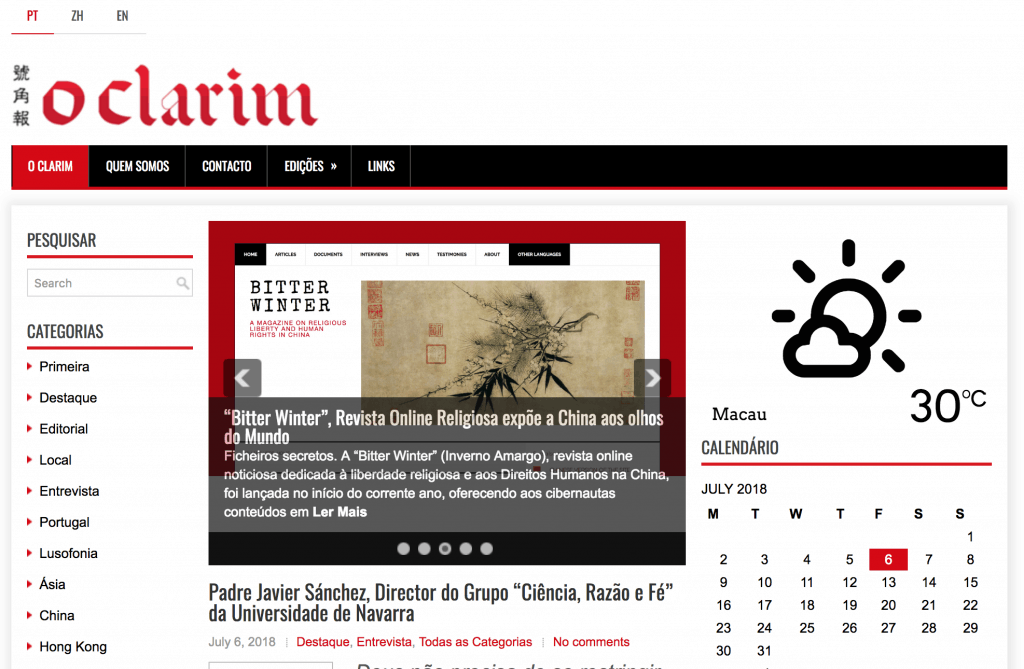 On July 6, 2018, O Clarim, a Catholic magazine distributed in Macau and Hong Kong, published an interview with Bitter Winter’s editor-in-chief, Massimo Introvigne, about why Bitter Winter was created and what he expects of it. The interview was published in English, with a shorter version in Portuguese. O Clarim is  owned by the Roman Catholic Diocese of Macau.

Mr. Introvigne explained that two features make Bitter Winter different from other magazines about religion in China. First, it relies on an extensive network of correspondents within China, who prefer to remain anonymous for security reasons but report daily, often with pictures or videos. Second, Bitter Winter also covers the most persecuted segment of Chinese religion, new religious movements, and not only mainline religions.

Introvigne discussed the growth of new religious movements in China through the example of The Church of Almighty God, a Chinese Christian new religious movement,which was born in 1991 and grew rapidly to several million members. The movements that are very successful, Introvigne concluded, particularly alarm the regime, are often targeted by fake news campaigns, and are the most persecuted.