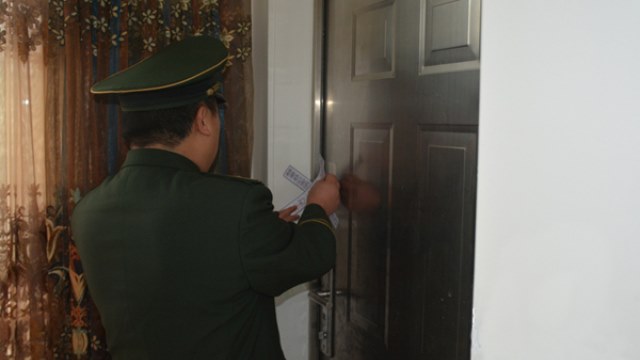 Authorities in Jiangxi recently shut down a Taiwanese church and deported its leaders.

Bitter Winter reported earlier about how authorities in China are calling for a stricter vigilance of foreign religious groups and nationals. This policy has already affected numerous South Korean churches and is gaining ground in respect to other foreign religious institutions in the country.

The Taiwanese church in Jiangxi, which was located in a rented apartment unit in the Jinjiayuan community, was recently sealed off. The police ambushed the church in a congregation on August 26 and arrested nearly 30 Christians and two Taiwanese church leaders.

When neighbors tried recording the incident on their cell phones, they were prohibited by the police from doing so. The church leaders were soon deported back to Taiwan.

The authorities had been scouting the area for three weeks prior to the shutdown. Plain-clothed police officers had been posted near the church. They monitored several believers and their every move. The landlord of the apartment was also pressurized into canceling the rental agreement.