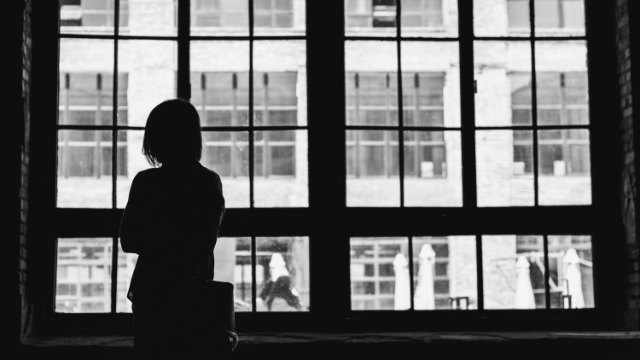 A member of The Church of Almighty God was four months pregnant when she was arrested and tortured by the police for her belief.

Xin Ling, which is a pseudonym for obvious security reasons, is a member of The Church of Almighty God. Many years ago, when she was just over four months pregnant, she was arrested, forced to give up information about her church, and then brutally beaten by the Chinese Communist Party (CCP) police. Worst of all, they forced her to have an abortion, ordering a doctor to use a device with a foot pedal to do so, resulting in physical sufferings — and mental scars that will never be cured. This is her story.

My name is Xin Ling, and I am from Heilongjiang Province in the North-East of China. Around 7 p.m. on October 24, 2002, while I was in a gathering with several brothers and sisters at home, four police officers burst in and arrested all of us.

When we arrived at the station, a police officer with the surname Feng questioned me: “Where did those books of faith in God come from? Who’s the leader of the church?” When I said I didn’t know, the officer rolled up a book and with all his might hit me in the head more than ten times. He kept barking questions at me while simultaneously hitting me. When I didn’t answer, he yelled: “How dare you not answer? Do you want to be tight-lipped? Then I’ll slap you harder.” As he was saying these words, he grabbed my hair with one hand while viciously hitting my face and head over and over with the other. I became dizzy, and my vision became blurry. My face was burning like fire, and my ears were ringing. I saw stars.

Tired of beating me, Feng then delivered a hard kick to my pregnant belly. It was beyond painful — I felt like my stomach had been broken in half. I could do nothing but squat with my arms crossed in front of my abdomen. The interrogation continued until well past 1 a.m.

At 6 a.m., the police took me to a local detention center and detained me there.

Several days later, Officer Feng and some other police officers interrogated me more. Feng tried to get me to give up the information about other brothers and sisters in our church, but I refused. At this, he got infuriated and viciously slapped me across the mouth back and forth. He punched me in the head. Again, it was so painful, and I became dizzy again, the room spinning around me, some of my teeth loosening from my mouth with each hit.

Another officer went for my abdomen, kicking me hard. He grabbed my arm and yanked me back and kneed me in the stomach. Then he grabbed my hair again and threw me against the wall. Again, there was the roaring sound in my head and the broken-in-half feeling around my middle. I couldn’t move at all — I just kept still. The police ordered me to stand up. And when I had done so, a police officer hit me in the head with a big ring of keys on a chain. It left my head covered with welts, the pain so excruciating that it felt worse than death — even in the days that followed, ten to be exact, I didn’t dare to touch my head.

Then I was sent back to my cell.

My entire body was in pain. I lay on my cold board and couldn’t even move. Owing to my pregnancy, I vomited even though I hadn’t had anything to eat or drink for three or four days. I thought I was going to die. Then the police realized I was pregnant.

There are provisions in the law that prohibit keeping a pregnant woman in jail, so the police had the personnel of the township family planning office go to my house and lie, saying I had become sick; my husband paid 3,500 RMB (about 500 USD) so that I could go on medical parole. Instead of taking care of me, however, officials took my husband and me to the maternity and child care center and asked the doctor to abort my baby. I asked if I could recuperate at home from the injuries caused by the beatings for a couple of days before the abortion, but they shouted at me, telling me no, that I had to have the abortion that day, as it was an order from the Public Security Bureau. Then the doctor cruelly used a device with a foot pedal to pulverize and suck the child out of my womb.

I endured the entire operation without anesthetics. The pain was excruciating. My abdomen and waist hurt so much the sweat poured down from my head. Seeing the pile of baby flesh was like a knife in my heart.

After I was sent home, I could barely move. I lay in bed and couldn’t take care of myself. I even had to ask my husband for help when I wanted to turn over.

One day, in February 2003, before I had fully recovered, five or six officers came to my house with a copy of a verdict from a court in hand, telling me I was a political criminal and was sentenced to two years in prison. Because they wanted me to consent to serve the prison time, they made me sign the verdict.

I did. Then I requested to use the bathroom, from which I escaped. My family and I have been on the run ever since.

The CCP’s torture left me with severe health complications, long-term dysmenorrhea (menstrual cramps) and uterus prolapse. In April 2016, I had to get a hysterectomy. The police’s brutal beating caused part of my lumbar vertebra to protrude, and I have felt such intense back pain that it’s hard to stand up.

In November 2017, I went to the hospital and was diagnosed with a spinal and lumbar deformation, and the doctor said it might cause me paralyzed at any time. To this day, I am still entirely dependent on medication and am unable to sit or stand for a long time.

I will live with the CCP’s torture for the rest of my life.